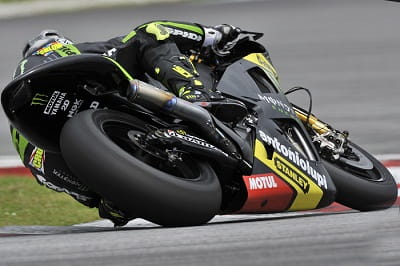 No ink has been put on a contract yet, but we’re hearing strong rumours the BBC is set to lose TV rights to MotoGP in 2014.

Insiders say an official announcement is some way off,  but it looks increasingly likely that the new rights holder will be BT Vision - the online TV provider launched by BT to rival the likes of Sky. The deal is already being talked about in whispers throughout the television industry and in MotoGP.

We believe BT's ambition is to set new standards for bike sport, so expect fully interactive services along the lines of Sky’s F1 coverage, with possible multi-camera options, and the ability to follow different riders on-board and tailor the coverage to the MotoGP viewer.

BT has already made its intentions clear in the sports world by hiring former BBC F1 presenter Jake Humphrey to head up its premiership football and the BBC’s Claire Balding to work on its new sports channel BT Sport.

They also spent a reported £738 million on a deal to steal Premiership football away from BskyB in June last year, and also made a reported £152 million deal for exclusive rights to the Aviva Premiership Rugby Union.

The parent company, BT, is also currently involved in a £2.5 billion investment in fibre optic cables across the UK to deliver increased broadband speeds and become the most used ‘pipe’ into people’s living rooms.