All eyes on Marquez at Phillip Island 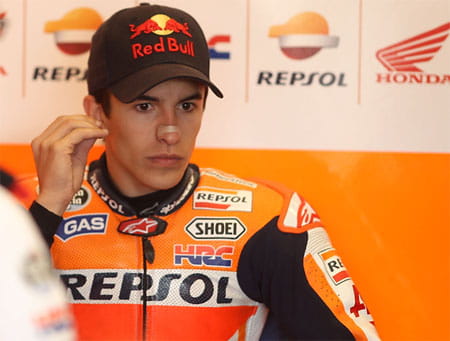 As MotoGP moves to one of the most picturesque circuits in the world this weekend, all eyes are on the young Spaniard currently leading the MotoGP World Championship. Marc Marquez has a forty three point advantage heading into Phillip Island meaning should he take victory and Lorenzo finish third or lower, Marquez will become the youngest ever MotoGP World Champion and the first rookie to take the title since Kenny Roberts.

It’s not a foregone conclusion, however. It would be impressive for Marquez to win the title in Australia with Pedrosa on current form after dominating in Sepang to make up for lost ground at Aragon. Phillip Island is the circuit at which Pedrosa threw away any hopes of clinching the title in 2012 as he fell on the first lap at the Honda hairpin.

It should not be assumed Lorenzo will finish behind the Hondas, the fast, flowing nature of Phillip Island should suit the Yamaha. Couple that with a double World Champion desperate to fight until the bitter end and the challenge Marc Marquez faces to take the title.

Valentino Rossi has won five MotoGP races at Phillip Island and many pundits are suggesting this could be his last chance to win in 2013. The nine-time World Champion does seem to be improving race by race, with a stunning qualifying performance at Sepang last weekend and finishing closer to Jorge Lorenzo in the race than he has done all year.

Stefan Bradl has been cleared to ride in Free Practice after breaking his ankle just under a week ago. He’ll undergo further assessment after the session as to whether he’ll compete in the rest of the weekend.