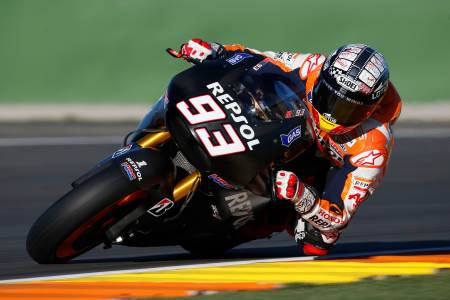 With almost all rides now sorted for the 2014 MotoGP Championship this gives us a basic idea of what we’ll be looking at by the time the first round at Qatar rolls round at the end of March.

After his stunning debut year in Grand Prix, it’ll be worth keeping an eye on what World Champion Marc Marquez can do next year. If the usual learning theory pattern of improving through experience applies to the young Spaniard then the thought of what he could do next year is almost unthinkable. You really do have to wonder what records he’ll be breaking next year after spending the last four seasons ripping record books to pieces.

Equally watched will be the man Marquez defeated, Jorge Lorenzo. The Mallorcan has his excuses for 2013, he did after all break his collarbone and even though he’s graciously said Marquez was the better rider in 2013 he’ll be wanting to beat the youngster even more come 2014. With Lorenzo’s desire to win coupled with Yamaha wanting it even more the double World Champion is in an even stronger position.

Away from the championship fight (you’d think so at least) eyes will be on Valentino Rossi and his new crew chief Silvano Galbusera after the Italian sensationally ditched Jeremy Burgess at the end of this year. Can a new crew chief rejuvenate the ever ageing nine-time World Champ?

Crutchlow’s comments following testing the 2013 Ducati Desmosedici the other week didn’t seem all that negative giving rise to questions of whether he can tame the red beast. It’s probably best to wait until Ducati unveil their 2014 contender early next year before making any judgement. 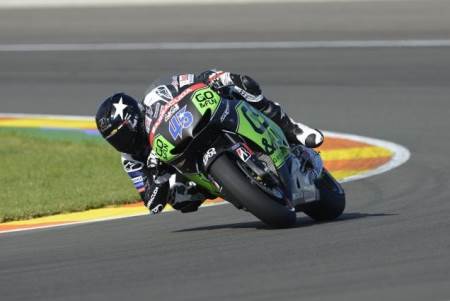 The first tests of the Yamaha and Honda production machinery seemed to go well at Jerez, it’ll be interesting to see what the likes of Nicky Hayden on the RC1000V and Aleix Espargaro and Colin Edwards on the FTR Yamaha can do on the spec-ECU machines. Not to mention how our very own Scott Redding will get on in his debut season in MotoGP. Many riders tip the young Briton for success. It’ll be interesting to see how he gets on in his first test uninjured with the Gresini RC1000V.

Eyes will also be on Pol Espargaro as he makes his MotoGP debut with the Tech 3 team. The Spaniard had an impressive season in 2013 to take the championship from Scott Redding after finishing runner up to Marc Marquez in 2012. After an impressive weekend and post-season test at Valencia, Bradley Smith has no option but to continue the good form in the final year of his contract for Tech 3. Acknowledging Marquez, Lorenzo and Pedrosa could well be untouchable in 2014, it’s plausible to consider there being three Brits up the sharper end in 2014.