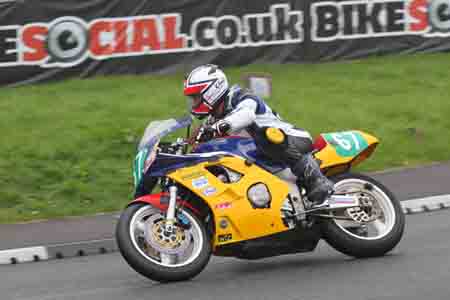 The final day of the Manx GP on Friday got off to a frustrating start with the original race red flagged due to deteriorating weather conditions. Although the SuperTwin Manx Grand Prix race finally got underway at 2pm, it had been cut to a two-lap shoot out.

In the Lightweight race, Alistair Haworth took the victory after leading from the first sector at Glen Helen, while Colin Martin and Alex Sinclair completed the podium.

However, as weather conditions continued to deteriorate around the Mountain Course, the Clerk of the Course announced the abandonment of the meeting, meaning the Senior Manx Grand Prix was cancelled for the second time in its history.