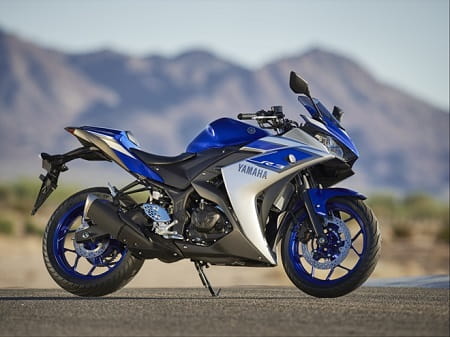 Dorna’s Superbike Commission will look into the feasibility of establishing a new, ‘Supersport 300’ entry-level category with the aim of developing new racing talent.

A number of manufacturers have unveiled 300cc sports bikes in the last few years, particularly to meet demand in countries such as Indonesia and Malaysia.

Yamaha, Kawasaki and Honda all have 300cc bikes on offer within their sport ranges and with Dorna promising to consider a variety of engine capacities, it’s likely KTM’s RC390 would also be a contender.

The new series would be raced in a number of domestic championships with a clear route of progression to a ‘premier’ series held alongside the prestigious Superbike World Championship.

Dorna’s statement read: “At a meeting on 16th December 2014, the Superbike Commission approved assembly of a working group comprising of any interested machine manufacturers to develop a class structure for an entry level category. The category would be based on the burgeoning Supersport 300 class machinery and would aim to include varied capacities and engine configurations, with the aim to provide a low cost platform to develop new talent.”

The series would provide a cheaper alternative to the 250cc Moto3 class, which, even in domestic championships, can cost up to £100,000 for competitive machinery.

Here’s a comparative specs table of some of the bikes potentially eligible for a Supersport 300 series:

Which would you choose?