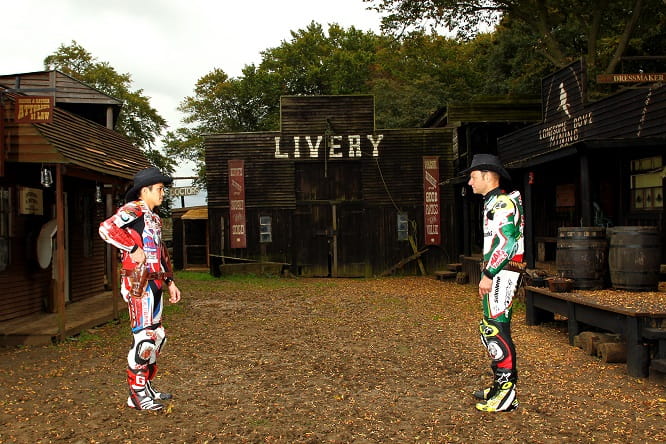 The final round of the 2014 British Superbike Championship gets underway this weekend at Brands Hatch and it’s looking to be one of the closest title deciders ever.

Six title fighters have now been whittled down to just two men who can clinch the crown; two men who just so happen to be the most successful British Superbike contenders ever.

Shane Byrne has competed in the British Superbike Championship since 1999; he’s taken a record 59 victories and is one of only three men to have won three titles in the domestic series, in 2003, 2008 and 2012.

Ryuichi Kiyonari first competed in the British series back in 2004; he previously held the record for the most BSB victories at 43 before Shane Byrne surpassed that figure last season. He’s now won 50 British Superbike races and like Byrne, has three titles to his name from 2006, 2007 and 2010.

The way things have turned out in 2014 have been quite the surprise, over the first three rounds of the season two clear contenders emerged. Byrne was one of them, but the other was Josh Brookes. The pair were a cut above the rest and it was Byrne who held the upper hand. 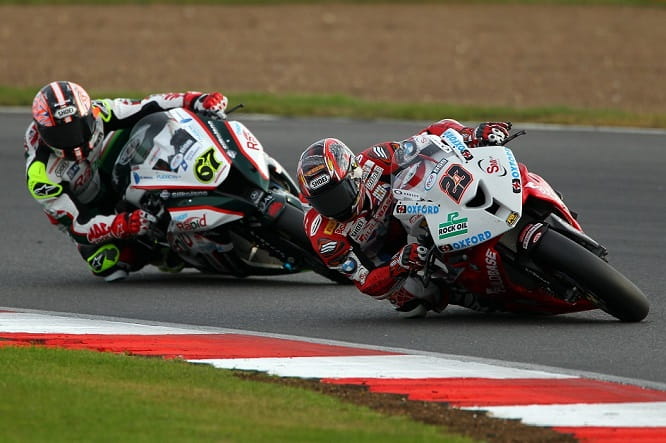 Then things changed. For Josh Brookes, things changed in the third round at Snetterton where, unable to beat Byrne he made several mistakes and in the second race his mistakes were too much and he high-sided out of the race. The Aussie wouldn’t return to the podium until three rounds later, seriously denting his championship challenge.

In the Buildbase BMW garage, however, things were only just getting started. Ryuichi Kiyonari rocked up to the fourth round at Knockhill having not won a race in three years. He left with his biggest points haul of the year after a dominant victory in the first race and just missing out on the top step in the second. Had the old Kiyonari returned? He’d certainly proven the many who thought he’d never win a race again wrong, nbut could this be the start of something? It was. He won again at Brands and has only been off the podium four times since. Byrne may have been a cut above the rest in the first half of the season but Kiyonari soon took over at the top.

Byrne suffered quite the dry patch from Knockhill onwards, going 12 races without victory. He did finish on the podium in 11 of these, but the lack of wins was a clear psychological advantage for Kiyonari. Heading into the first round of the Showdown at Assen, something had to change for Byrne. He needed something that would spur him on to move up to Kiyonari's newly set level and that something came in the form of a massive crash in the first race. It worked, Byrne came out of the blocks in race two brimming with confidence, he stalked Kiyonari throughout the race before making his move on the last lap at the final chicane.

A similar move came on the last lap of an epic Race 1 at Silverstone, only this time it followed a race long battle between the duo. Byrne was back, but Kiyonari wasn’t going to take it lying down. The BMW man fought back hard in the second race to prevent his rival from further increasing his championship lead.

12 points separate the pair ahead of this weekend with 75 on the table and as the 2013 Showdown Finale demonstrated, anything can happen. The best man on the day will win.

Elsewhere in the championship, the battle for third is almost as exciting as the war for the title. Josh Brookes, who hinted a signs of brilliance with a dominant double at Thruxton earlier this year, fell apart from Cadwell Park onwards, where he slipped off on the outlap of a very wet race. Three DNFs in the showdown ruled out the slim chance he had at the title and has even put his third place in the standings in jeopardy after a strong end of season from the fourth and fifth placed Tommy Bridewell and Dan Linfoot. Just six points separate the three coming into Brands Hatch. 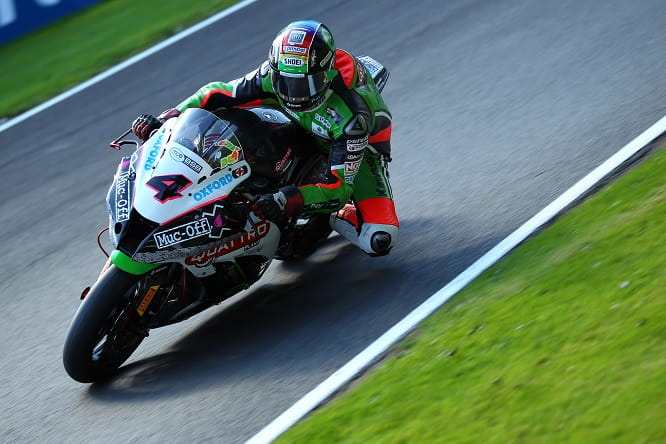 After taking his first podium since breaking his leg in the last visit to Brands in July, James Ellison’s hopes of taking the Riders’ Cup now look more than a glimmer of hope. 24 points separate him and fellow Kawasaki man Stuart Easton but with 75 points on the table, it’s a surmountable gap should Ellison beat Easton in each of the three races. The third man in contention for the Riders’ Cup is twice race winner this season, Josh Waters. The former Aussie champ might have earned himself a bit of a reputation as a ‘rain man’ this year but his dry results haven’t been shabby either.

With the rain expected to clear and temperatures set to rise, we know where we’ll be heading this weekend! See you there?