The KTM RC390 Cup is a one-make series aimed at 13-18 year olds which will support the British Superbike Championship. KTM have today announced additional benefits to those revealed before Christmas:

We'll be riding the race bike soon, so make sure you keep an eye out for our review! 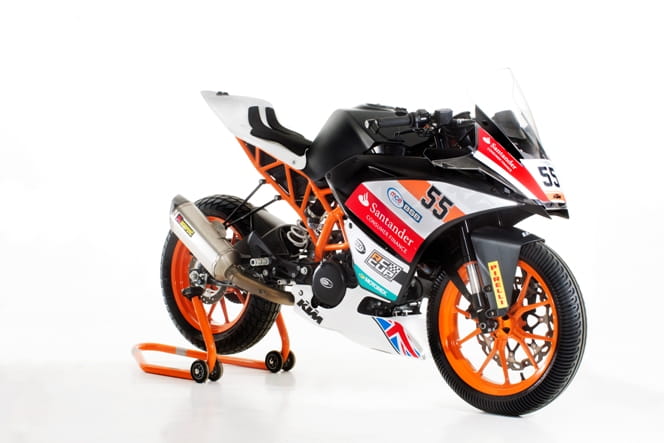 If you’re aged between 13 – 18 and are contemplating the next step in your bike racing career then look no further than this brand new, one-make support series to the British Superbike Championship which to give it its full title is known as the ‘Santander Consumer Finance KTM British Junior Cup’. The team behind it have unveiled the price, the confirmed calendar and an early bird bonus. Registration for the series is now open.

The price of the race bike is £6,425 (+ VAT) and is a modified version of the new-for-2014 road-going and A2 licence friendly KTM RC390 which we tested back in September. The race series entry is a further £2,100 which included personal accident cover. KTM are providing a payment plan so the cost can be spread and if you register before 16th January with a £300 deposit you will receive a free second set of wheels. 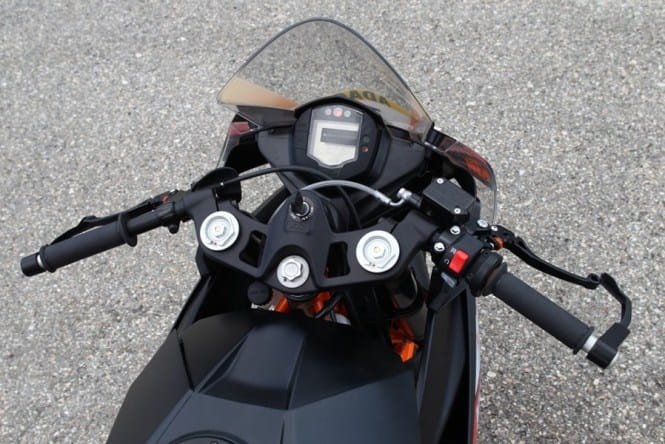 The race bikes, available from official KTM dealers, will all be identical and fitted with official KTM performance enhancing parts including adjustable WP suspension and an Akrapovic exhaust. Upgraded brakes and weight-saving by removing unnecessary road riding equipment will also make the RC390 race bike even more performance focused. By providing the same machinery for each rider, the emphasis shifts to the talent of the young man or lady on board and the series will act as a springboard for the latest emerging talent in motorcycle racing.

“KTM is a ‘Ready to Race’ company that is also committed to developing future talent, such as with the Red Bull Rookies MotoGP Cup” said KTM UK’s Marketing Manager, Simon Belton. “A UK version of the RC 390 Cup will allow MSVR to provide a very cost effective and competitive youth series along with offering KTM UK a very exciting platform to introduce the production version of the RC 390.”

Eight events incorporating 20 points-scoring races plus two official tests form the 2015 season which is certain to provide some close-action racing. Oh, and don’t forget that the series will be televisied!

If you’re interested in signing up then head to www.bsbteams.com, for more series information visit www.ktm.com/gb or contact info@ktm.co.uk

* Wheels do not include tyres, discs, cush drive or sprocket

Think you'll be signing up? Which names should we look out for in 2015?  or