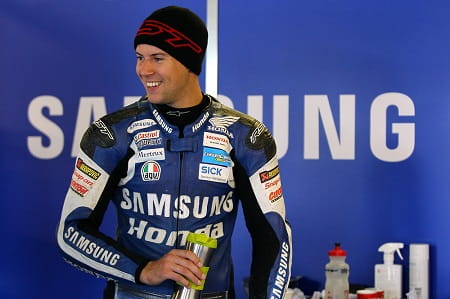 Jon Kirkham will join the Halsall Racing British Superbike outfit from the fourth round at Knockhill after separating with the Tsingtao Kawasaki team at Snetterton.

Kirkham will replace Harry Hartley in the Jack Valentine-run squad, after a tough start to the season for the Burnley youngster. Hartley became British Superbike’s youngest ever points scorer at Oulton Park where he took a best result of thirteenth.

Hartley has suffered some big crashes this season, the last of which coming in qualifying at Snetterton where the seventeen year old wrote off his ZX10-R, resulting in the team packing up and heading home before the first race.

Kirkham endured a difficult start to the season with the Tsintao Kawasaki squad, culminating in the two parties separating before qualifying for the third round of the British Superbike Championship at Snetterton, with the team roping in Peter Hickman at the eleventh hour.

“We are disappointed to let Harry go as we believe he has the talent to make it as a top Superbike rider” said Halsall Racing boss, Jack Valentine. “At this early stage, the team needs stability to ensure we can be consistently in the points and this is a big ask of a young rider with so little experience.

“Bringing Jon Kirkham into the team was not planned; it was just a coincidence that he became available as we needed a rider. Jon is a good rider who has won races and finished on the podium for me before. He’s had a tough time this season but I think if we can get him back on a competitive bike, we’ll start to see the old Jon Kirkham. Jon has shown in the past that he is more than capable of top six finishes in BSB and if we can start getting those results, I have no doubt he will be challenging for podiums eventually.”