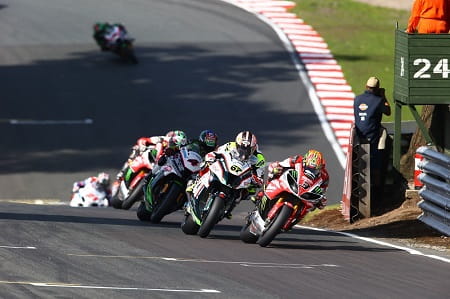 After taking five podiums and a race victory between them at Oulton Park this past weekend, Shane Byrne and Josh Brookes have secured their spots in the British Superbike Championship Showdown two rounds before it gets underway at Assen in September.

Byrne is currently leading the championship standings by 69 points after six wins so far this season. However the Kawasaki man’s overall points tally matters little when it comes to the showdown period, where the riders sitting in the top six of the championship standings are elevated to 500 points before battling it out for theBritish Superbike title over three gruelling rounds at Assen, Silverstone and Brands Hatch.

The only points riders carry through to the showdown are ‘podium credits’ which, as the name suggests, are awarded for podiums achieved in the first half of the season. The system was shaken up for 2014 to add more value to the credits with five awarded for a race victory, three for a second place and one for a third. After Round 9 at Donington Park, podium credits are added to the top six riders’ 500 points to form the new championship standings. 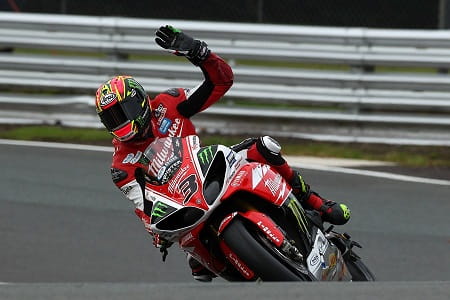 Brookes, who enjoyed the biggest points haul at Oulton Park’s triple header with a win and two second places, has also secured his place in the three round shoot out but won’t be resting on his laurels. Byrne hasn’t won since three rounds ago at Knockhill meaning the Aussie and Ryuichi Kiyonari have been able to eat into his championship lead and with the Kent-based rider having not taken victory at Cadwell Park since 2003 or Donington since 2008 his rivals could be set to further reduce his lead.

After a shaky start to the season, Ryuichi Kiyonari is some 25 podium credits behind Byrne but is undoubtedly one of the men of the moment since a resurgence at Knockhill. Heading to two circuits at which he’s had much success in the past, the next two rounds will be vital to Kiyonari’s championship challenge. His showdown place will be confirmed if he leaves Cadwell Park with a gap of 50 points to the rider sitting fourth in the championship, currently that gap sits at 46 points. 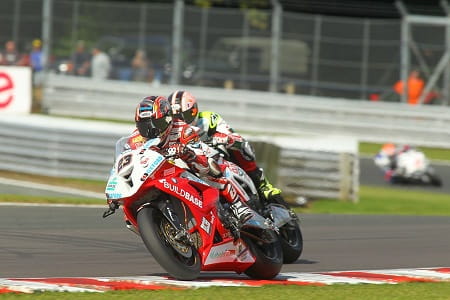 With Byrne and Brookes already confirmed for the showdown and Kiyonari set to secure his place next weekend at Cadwell Park, the focus turns to who will fill the remaining three spots currently held by Dan Linfoot, Chris Walker and Tommy Bridewell.

James Ellison has dropped out of the top six after missing two rounds with a broken leg but he is expected to make his return at either Cadwell or Donington Park. It might be a big ask for the Cumbrian to secure a spot in the showdown with a recently broken leg but he will undoubtedly give it his best shot.

Rapid Solicitors Kawasaki’s Stuart Easton is also within striking distance of the cut-off point after a strong weekend at Oulton Park with just 17 points between him and Chris Walker in sixth. Four strong rides in the next two outings could see him sneak into the showdown, but he’d have to at least beat Chris Walker and James Ellison (should he return).