Brookes to remain in BSB with Milwaukee Yamaha 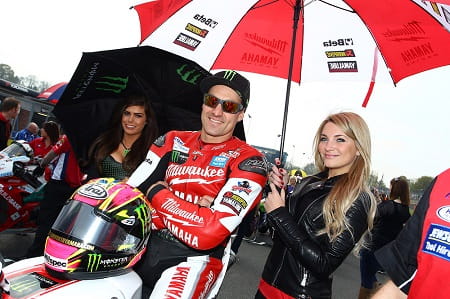 British Superbike star Josh Brookes will remain in the series for 2015 as he extends his deal with the Milwaukee Yamaha outfit.

Rumours ran wild about Brookes’ future after he’d hinted that he’d like to leave BSB at the end of the year. The Aussie was widely linked to the new Troy Corser World Superbike outfit but as Bike Social reported last week, while Brookes had talked to Corser nothing had been signed.

Brookes should be in a prime place to take on Shane Byrne and Ryuichi Kiyonari for the title next year, with the all new racing-spec Yamaha R1, set to be unveiled next month in Milan.

Despite winning four races, Brookes has struggled to maintain the pace of the championship leaders this season and after a couple of difficult showdown rounds heads into the finale at Brands Hatch needing to defend third position from team mate Tommy Bridewell and Dan Linfoot.

"I would feel like a quitter if I left the championship now without winning the BSB title and I believe it has just been circumstances that have prevented that happening at times" said the Aussie. "I know there was talk of me leaving BSB, but with potentially a new bike and high expectations I want to win this championship before moving on.

"Naturally the second consecutive season with a team is always better than the first because you have experiences to build on, so hopefully next year we can reach our potential of winning the championship. We need to come back next year and we need to crack it."