Brookes: "I've got to get better" 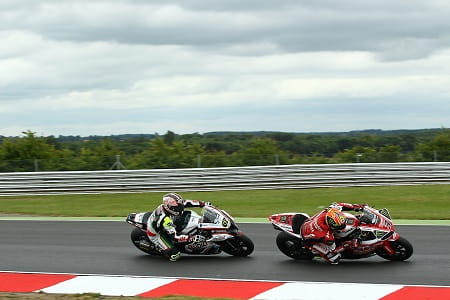 Josh Brookes has said he has to ‘ride better’ after being unable to beat Shane ‘Shakey’ Byrne in the third round of the British Superbike Championship at Snetterton last weekend.

The Aussie was able to run a similar pace to Byrne, as shown by his smashing of the lap record, but seemed to struggle to match it over longer periods, meaning to get anywhere near the Kawasaki-man he had to push harder and even beyond the limits.

Brookes put the hammer down to close the gap to Byrne in the final stages of race one, but ran on to the dirt on the last lap in what he admits was his own mistake. The Milwaukee Yamaha man gave his rival a hard time for the first half of the second race but his challenge was soon ended by another mistake, with the thirty-one year old highsiding out of the race on the twelfth lap.

“I’ve got to get better, I’ve no choice, I need to be riding better to beat Shakey, he’s on such good form at the moment” said Brookes, speaking to Bike Social. 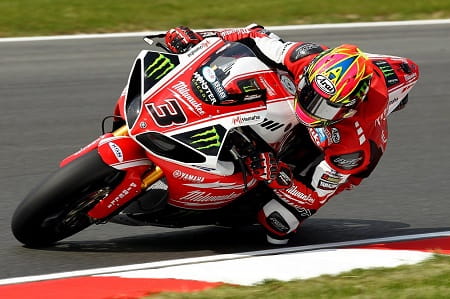 “I know that I’ve got the pace, I broke the lap record but he seems to be more comfortable running that pace consistently. Maybe it’s because he’s been on the bike for so  many years so he can ride in that zone where I’m still learning, that’s the only thing I can think of, so we’ll have to sit out and wait for the next round and see what we can do there.

"In race one I ran on but that was one corner on the last lap, it doesn’t tell the story of the race. It was my mistake; I was pushing too hard trying to make up the gap. The bike is working fine, I just need to ride it better. In the second race, again I was pushing really hard, I opened the throttle a bit too much and there’s only so much a tyre can give, the back end came round, I couldn’t catch it and that was it. The story tells itself really.

"I’m not too bothered about the situation with the championship I’m just thinking I want to beat Shakey and it’s p*****g me off that I’m always coming second!”

Byrne’s double victory means he sits sixty points ahead of Brookes (third) in the championship standings and has 14 more podium credits. The British Superbike series resumes at Knockhill next week.