The British Superbike Championship is at Thruxton this weekend for the sixth round of the 2014 series. Shane Byrne leads the standings by a whopping 92 points but that stands for very little with the BSB ‘showdown’ rules.

Come September, Byrne’s championship lead could be significantly reduced should his title fighting opponents make up enough podium credits in the next three rounds.

One man rapidly making up points is three-time British champion, Ryuichi Kiyonari. Since an unexpected resurgence at Knockhill, the BMW rider has taken the challenge to Byrne in each race since with the exception of the storm-interrupted second outing at Brands Hatch. With Thruxton the fastest circuit on the calendar and Kiyonari arguably on the fastest bike things could play into his hands this weekend. 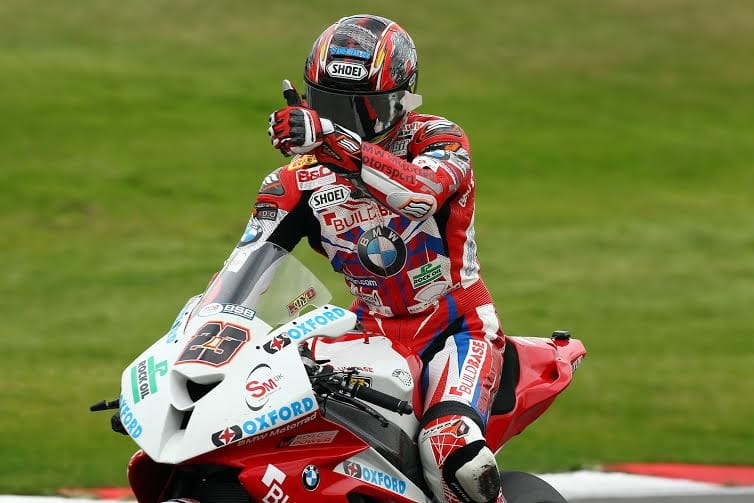 “Thruxton is all about going fast and I like that” said Kiyonari ahead of the event. “I think that this circuit should be another good one for the BMW, the bikes are very equal in the championship but this one should be good for us. I have lots of confidence and we have been improving all the time and that shows we are ready to try and win at every round. I like the circuit a lot so I want to have good results again. I want to win - if I didn't think I could then I wouldn't be going this year!”

Still second in the championship despite a tough couple of rounds at Knockhill and Brands, Josh Brookes bagged his first ever British Superbike victory at Thruxton three years ago. If the Australian is to get his title challenge back on track he’ll be looking to show what he’s capable of at the Thruxton circuit and hopefully claw back some decent podium credits on Byrne in the process.

Shock winner last time out, Josh Waters will be looking to carry his winning momentum to the Hampshire circuit. The Aussie’s confidence will also have been boosted by a second place finish at the prestigious Suzuka 8hr last weekend.

Local lad Tommy Bridewell will be looking for home glory this weekend, the Milwaukee Yamaha signalling his intentions with the fastest lap of the weekend in free practice this afternoon. Bridewell was tipped as a dark horse for 2014 but has only been on the podium once this season, could it all start here for the Devizes rider? 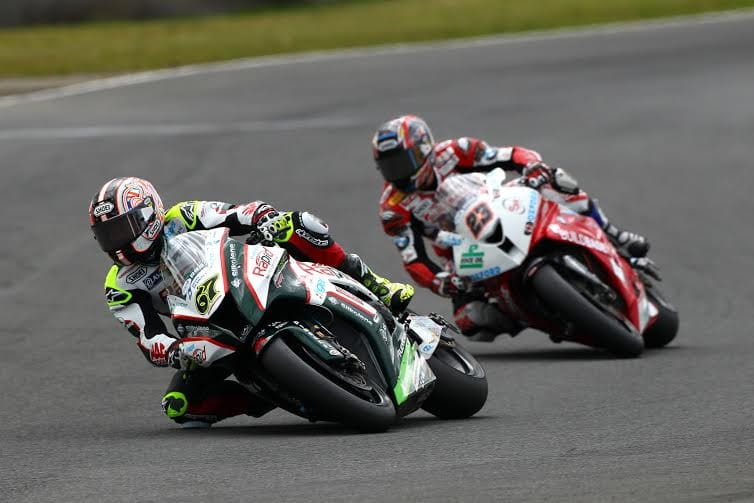 Ruling out Shane Byrne is an impossibility in British Superbikes. He is afterall the most successful British Superbike rider of all time. At Thruxton in 2013 the Rapid Solicitors Kawasaki man washed the competition away with two race victories and having not won since two rounds ago at Knockhill, he’ll be eager to return to the top step.

“Thruxton is an important round and one where we can see if the improvements we have made since Brands Hatch have paid off” said Byrne. “I personally like the circuit and I think we will see that nobody will get away there. Thruxton is a case where, if there is a pack, then the race will be decided on the last lap. You get a bit of a run out of Church and then everyone gets a bit of a beating up at the chicane. That said, you only need to be in striking distance at Church and then you can have a good go!  I certainly hope that we can come away with another win or two, that’s not being greedy that is just the target.”

You can find a schedule for the event here.

With rain forecast for Saturday, it could make for an interesting qualifying but with any luck normal service will be resumed for Sunday. The fans will be hoping so anyway! The vast, open nature of the airfield circuit doesn’t provide all too much shelter should it rain.

Not going? Here are the TV times you need!

Highlights are also shown at various times across British Eurosport and on ITV on a Wednesday evening at 8pm.