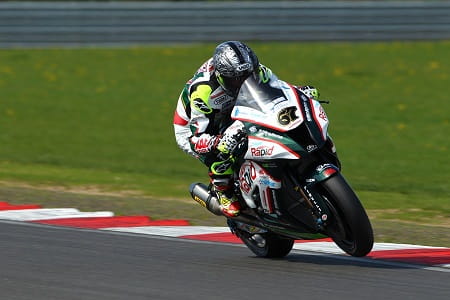 Shane Byrne started as he means to go on at the fourth round of the British Superbike Championship at Knockhill, setting the fastest time of the day in the second free practice session. Ryuichi Kiyonari was second fastest this afternoon after topping the morning session.

Kiyonari struggled at the start of last season but things started to come together for the Japanese rider at Knockhill, where he took two podium finishes. Despite flashes of pace he’s not been able to turn this into results, could Knockhill be where this changes? Kiyonari’s time was just 0.005 faster than Byrne this morning with Scot, Stuart Easton third on the timesheets a further half second back on his team mate. Tommy Bridewell and John Hopkins rounded out the top five. 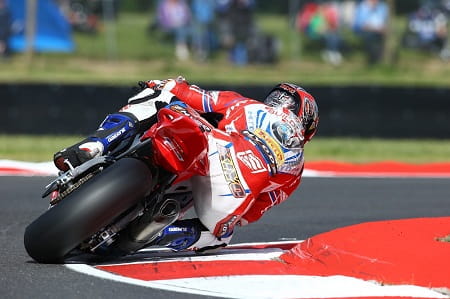 Kiyonari led for a large part of the second session, albeit by 0.004 ahead of Byrne but the Rapid Solicitors Kawasaki man took the lead by two tenths with ten minutes to go. Milwaukee Yamaha’s Josh Brookes improving to third place in the afternoon session with homeboy Stuart Easton knocked back to fourth.