British Superbike calendar gets shake up for 2015 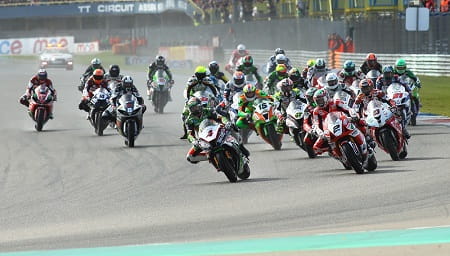 British Superbike bosses have released the 2015 British Superbike calendar, which has received a small shake-up in the wake of the British Grand Prix being held at Donington Park on 30th August.

The calendar’s biggest change sees the 2015 British Superbike Championship kick off at Donington Park over Easter weekend rather than the series’ usual opening venue of Brands Hatch Indy, which instead now hosts the second round.

The triple header at Oulton Park usually scheduled late July/early August moves to the 4/5/6 September to take Donington Park’s previous spot as the final round of the ‘Main Season’.

With August Bank Holiday a week later than usual, Cadwell Park loses its traditional slot to the British Grand Prix and will instead run the week before with race day set for Sunday 23rd August.

The final three ‘Showdown’ rounds remain the same with the series making the trip to Continental Europe and the TT Circuit Assen before concluding at Silverstone and Brands Hatch.