Bridewell & Laverty line up for Tyco BMW in 2015 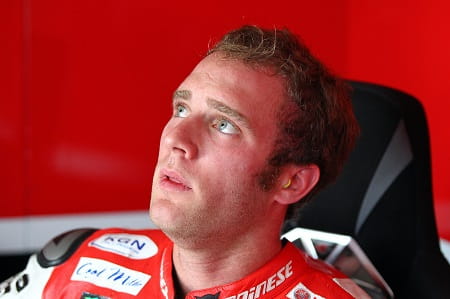 The team is the German marque’s official outfit in the series which will also see them running BMW’s factory team at next year’s international road races, including the Isle of Man TT, North West 200 and Ulster Grand Prix.

Fans’ favourite Guy Martin and William Dunlop will spearhead the roads campaign, despite BMW bosses making a last minute effort to retain the services of the younger Dunlop brother, Michael, who took the firm’s first TT victories since the 1930s.

Despite dozens of rumours since the final round of this year’s British Superbike Championship at Brands Hatch that the team had terminated their long-running relationship with Suzuki, the team, run by Hector and Phillip Neill, only confirmed this last week.

Bridewell joins the team after a season with Milwaukee Yamaha in which he finished third overall, ahead of more experienced team mate Josh Brookes.

“I’m really excited to be joining Tyco BMW for next season", he said. "I’ve met the team and they are a great bunch of guys and having ridden the BMW before, and watched what Kiyo was able to do on it this season, I know we will have as competitive a package as anyone on the BSB grid in 2015

"In 2012 I put a standard BMW into the top six, so with factory support and the help of everyone at Tyco BMW, the goal is to be challenging regularly at the front and winning more races. I’m also looking forward to working with Michael [Laverty] as he has a lot of experience both in BSB and with the team. So I’m now counting down the days to the first test.”

Laverty returns to the British Superbike paddock after two years riding for Paul Bird in MotoGP, which saw him take a number of points finishes on what was widely considered uncompetitive machinery. The Ulsterman won the British Supersport title with the team in 2006 before moving up to the superbike class with the then-Suzuki outfit.

“I’m delighted to be back in the TAS Racing fold for 2015; this time with a new manufacturer in BMW Motorrad behind us. It’s a very exciting time for both myself and the team: we are both new to the BMW S 1000 RR but it is a bike built for the race track and I believe we have all the ingredients required to deliver the BSB title.

“I’m very motivated about my move back to BSB. I’ve spent the last two seasons in MotoGP and feel I’m a much stronger rider thanks to that experience, both on the riding and the technical side. I’ve really missed not being on a machine capable of delivering wins and podiums, so I’m already daydreaming about the battles ahead with Shakey and Co. next season.”