World Exclusive: MV Agusta back at the TT! 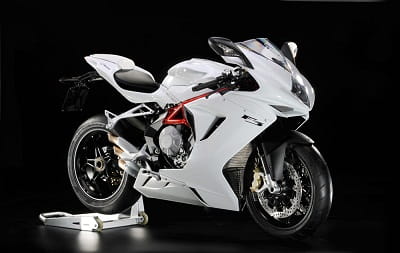 MV Agusta are back at the Isle of Man TT with a new factory-backed team, a TT winning rider and one of the best team managers in the history of the TT!

Gary Johnson, winner of the 2011 Supersport TT, will line up on a factory MV Agusta F3 in the Supersport race with experienced manager Jack Valentine as his team boss.

Following his departure from Crescent Suzuki BSB at the back end of last year, Valentine was left without a job. He told us that he got in touch with the MV Agusta factory a few weeks ago and decided to create his own team, with MV Agusta’s full support. He said: “I’ve just got back from Italy and am still finalising the contract and paperwork. I wanted to do it in a small way, rang MV and said let’s get involved. MV is an iconic brand and with the MV f3 675, Gary Johnson and the support of MV we can come back to the TT and see what we can do.” 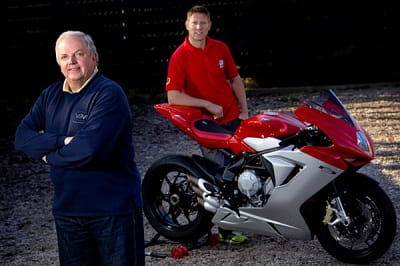 Valentine is no stranger to bringing manufacturers back to the Isle of Man TT. He did the same with Triumph and their Valmoto Triumph Daytona in 2003 and with Bruce Anstey they won the Supersport TT race!

Speaking to Bike Social, Valentine said: “I’m not saying we’re going to do that again, but we brought Triumph back after 28 years and won the race. The future of MV is with the F3. We’re going to have a go and with the support of MV and what they’re doing with the Park ‘N Go world supersport team, plus whatever we can bring to the bikes, we’ll see where we end up.”
Valentine and his team have a lot to live up to as MV Agusta is of course synonymous with the Isle of Man TT.

The iconic Italian marque won 34 TT races and took 61 podiums between 1952 and 1972. The first race win came in the 1952 Ultra-Lightweight race, with Cecil Sandford riding, while the last was the 1972 Senior, won by Giacomo Agostini.

Ago is the most successful MV Agusta rider at the TT, with 10 wins, but some of the greatest names in the event’s history have also raced on MVs, including John Surtees (6 wins), Carlo Ubbiali (5 wins), Mike Hailwood (4 wins) and Tarquinio Provini (3 wins). So no pressure there Gary Johnson…

The late Martin Finnegan was the last high profile rider to campaign an MV Agusta at the TT, finishing 4th in the 2007 Superstock TT race on an MV Agusta F4, lapping at 125.685mph.