The first British Superbike Championship test of 2013 kicked-off at Donington Park today in sunny but cold conditions, and already it’s clear who this year’s frontrunners in the series will be.

2012 Champion Shane ‘Shakey’ Byrne topped the timesheet in session one with a fastest time of 1:31.585, despite only completing eight laps. The Rapid Solicitors Kawasaki rider is heading to the 2013 BSB series with three titles already under his leathers, and has his sights set firmly on clinching his fourth British title this year. 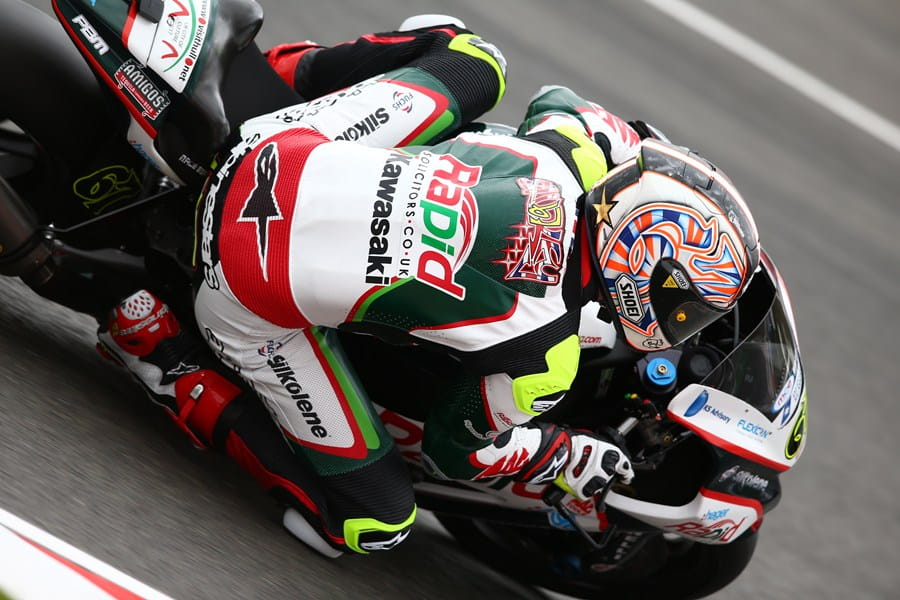 Hot on his heels was Samsung Honda’s Alex Lowes – supported from the pits by World Superbike’s Leon Haslam and Sam Lowes – with a fastest time of 1:32.085. Lowes finished fourth in the 2012 series overall, and will no doubt be looking for a top-three position this year.

Lowes’ team-mate Ryuichi Kiyonari was also back on British soil with a vengeance, after racing in his home country Japan in 2012. Like Shakey, the Samsung Honda rider also has three British Superbike Championship titles under his leathers, so all eyes will be on the duo and who can lay claim to the BSB crown for the fourth time first... 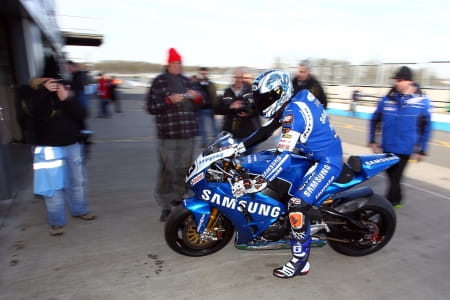 In other news from the test, Peter Hickman has returned to BSB with GBmoto! In May last year he was dropped from the MSS Bathams Kawasaki BSB team after just three rounds. Hickman stood in for the injured John Hopkins on the Crescent Fixi Suzuki in World Superbike Championship at Donington Park in 2012 and in doing so, he allegedly angered MSS team owner, Nick Morgan, and subsequently lost his ride in BSB. Despite this, Hickman later landed a ride at Buildbase BMW for the remainder of the season, taking over for injured Dan Linfoot. Hickman was tenth fastest in the first testing session, lapping 1.35.370.

Another welcome surprise at this morning’s test was the Padgett’s Honda team, who are taking part with Jakub Smrz! However, the team’s participation in this year’s BSB series is still unconfirmed and is dependent on whether sufficient sponsorship can be raised in time… Czech Republic national Smrz had been contracted to race the BSB series this year for the Splitlath Redmond Aprilia squad, but became available when the team recently withdrew its entry.

The next BSB session takes place at 1.30pm.