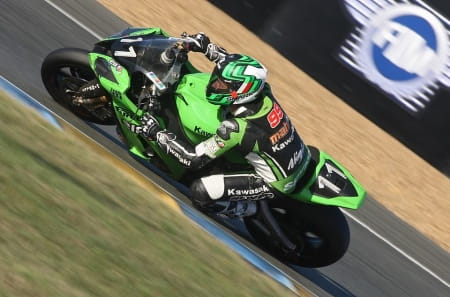 The Le Mans 24 hr saw the final round of the 2013 Endurance World Championship and it was certainly a dramatic finale. Reigning World Champions, Suzuki Endurance Racing Team (SERT) took an early lead at the start of the race, looking toward retaining the title they’ve held for three years.

The first drama came for Team GMT 94 Yamaha France as Spaniard David Checa crashed out on lap six. The team managed to get back to the pits and get back out, albeit two laps down.

Just three laps after GMT94’s crash, race leader SERT crashed out. This would mean the Team Kawasaki SRC would take the lead with R2CL Suzuki in second place. By the half hour point, SERT were over seven laps down in 54th place.

Meanwhile, BMW Motorrad France Team Thevent were consistently making progress and by the first hour they were in second place behind SRC. After a few pit stops, the order at the front settled as Kawasaki SRC, Yamaha Austria Racing Team (YART) and Honda TT Legends, however drama was soon to strike for YART as they pulled into the pits with a mechanical issue.

The safety car came out during the second hour. Following this, Kawasaki SRC continued to lead from Team Thevent in second place with TT legends still in third. The safety car made its second appearance at three hour thirty minutes with the top three consistent with the previous hour.

There was then further drama as the Kawasaki SRC squad crashed out in the third hour, promoting BMW Motorrad France Team Thevent to the lead. With five hours done, World Champions SERT were in fifty-fourth place and sixty-two laps down. SRC made good progress following their crash, in eighth place just an hour or so later. 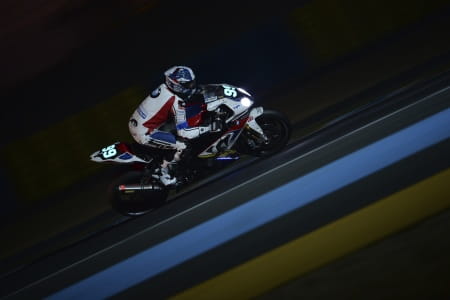 At 5:30am, BMW Team Thevent became the third team to come into issues while leading the race, unfortunately for the BMW Motorrad France squad their mechanical problems were terminal and they were consequently ruled out of the race.

Despite a crash in the first four hours, Kawasaki SRC had climbed back to the lead by Sunday morning as they lead from R2CL with five hours to go with early-crashers GMT94 in third. This order was maintained until the chequered flag at twenty-four hours. In total, twenty-one teams failed to finish.