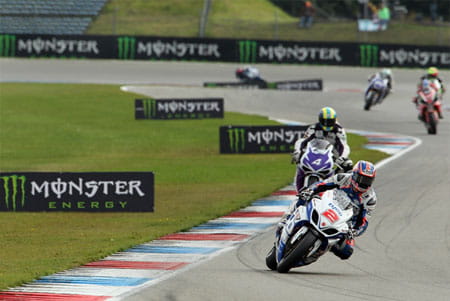 There are to be a number of significant rider changes within the British Superbike paddock over the next few weeks and months that will see quite a different grid for 2014. Don’t worry though, we’re expecting the 2014 British Superbike grid to be made up of similar faces to this year, it’s just those faces will be lining up in different colours.

We will be losing one rider though as it’s looking likely Alex Lowes won’t return to defend his title in 2014 with word in the paddock placing him on the Crescent Suzuki in World Superbikes alongside either Leon Camier or Jules Cluzel.

It is thought Camier - who stormed to the British Superbike title in 2009 with Airwaves Yamaha – is high on Honda UK’s list to replace Lowes, although the lanky Brit is keen to stay in the World series so it’s unclear on whether this will happen. Honda’s Supersport star, Jason O’Halloran has also been linked to the Superbike seat as have both Buildbase BMW riders James Westmoreland and Jon Kirkham.

One popular face who will be returning to the series is the Anglo-American John Hopkins. The former MotoGP rider is looking to return to racing after taking a sabbatical in 2013 to recover fully from injuries he’s suffered in the last few years. Long-time a Suzuki employee, Hopkins – who came second in the 2011 title chase to Tommy Hill, also on a Suzuki – is said to be returning with Phillip and Hector Neil’s Tyco Suzuki outfit with the announcement expected tomorrow. 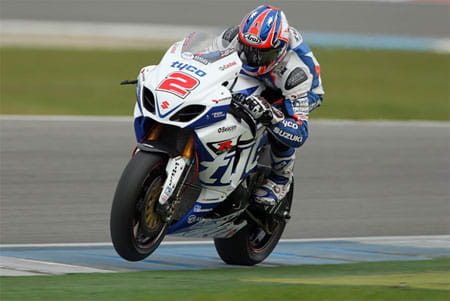 The story behind who Hopkins is replacing is just as big as the American returning to the series. Josh Brookes is set to part with the Suzuki squad after three years. It's no surprise really, as he's made it quite known over the last twelve months that he’s been unhappy with the gap between the bikes at the front and his Suzuki. The Australian made his TT debut with Tyco in 2013 and has confirmed he’ll take on the roads in 2014 too, only this time rumours would suggest on a red and white Milwaukee Yamaha. If true, Brookes would be joining Tommy Bridewell who is to continue with the Shaun Muir outfit in 2014 after a successful stint at the end of 2013.

This means the Aussie will in turn be replacing James Ellison, who is believed to be departing Milwaukee Yamaha for a Kawasaki team. With endless teams running Kawasaki in British Superbikes there are a number of options... It won’t be Paul Bird’s Rapid Solicitor’s squad, as he’s already signed Stuart Easton and is close to signing Shane Byrne. It could be Halsall Kawasaki, whose end of season form impressed first with Tommy Bridewell and later Lee Costello and Josh Waters. Halsall are maintaining their longstanding relationship with Costello and are expected to bring in one other rider, if he doesn’t retain Josh Waters’ services. Smart money seems to be on James Ellison moving to the GBmoto team, who are apparently set to switch to Kawasaki from Honda and take on the status of official Kawasaki team. Should this be the case, it’s likely he’d be joined by Chris Walker meaning the team’s current pairing of Peter Hickman and Dan Linfoot are without a ride. 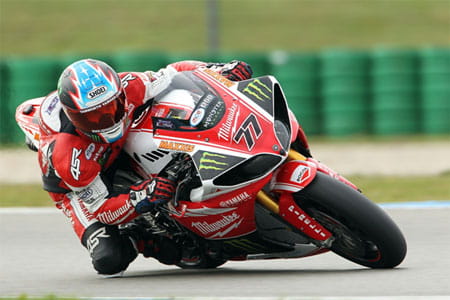 As always with silly season, the big names are sorted first before the majority of other seats can be sorted. Rumours would suggest all the main seats could be tied up by the NEC show at the end of November. One person to watch over the next few weeks/months will be Tommy Hill. The 2011 champion is said to be setting up his own team with BMW’s new racing support programme.

Who said the off season was boring?