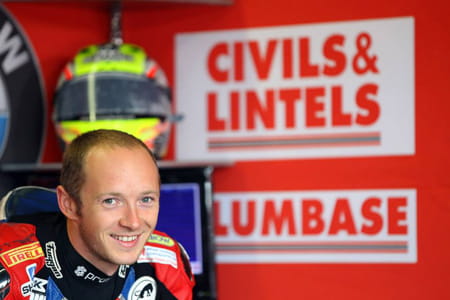 There was tie-break joy and despair at Donington Park as the final place among the six title-fighters going forwards to the Showdown decider for the British Superbike crown was finally decided. On count back it was James Westmoreland who made the cut having levelled on points with his BMW team-mate Jon Kirkham but having one more sixth place result!

But that was little compared to the way the first ever World 500cc crown was sorted back in 1949 and the Italian rider Nello Pagani having outscored the rest, finished as the runner-up.

That inaugural series was decided over six rounds, with both the Isle of Man TT and Ulster Grand Prix races counting along with a Swiss round, at Berne;  Assen figured as it has done annually since, Belgium came next  and there was a Nations round at Monza as the finale.

The big British hope in that inaugural World Championship was Leslie Graham who was aboard the revolutionary for its day 500cc AJS Porcupine.  He used the bike to the full around the seven torturous laps of the 37.73-mile Mountain Course and was leading by some 90 seconds with only a handful of laps to go when the magneto drive sheared and he pushed the bike home in ninth.

Graham overcame that disappointment by winning the Swiss round with the rider who was to challenge him for the crown Pagani riding a Gilera running back in fourth place.  Pagani beat Graham at Assen and at Spa when Graham failed to finish Pagani was fifth.  Graham conquered the 15 laps Ulster race over the 16.5-mile Clady circuit, setting the fastest lap with Pagani third.  And home soil for the final race, Pagani took the victory.

The points table after those six races had Pagani on 40, Graham on 31, but the rules of the championship were such that a rider’s three best scores counted, and Graham had two wins and a second while Pagani had two wins and a third.  The title, and the honours of being the first recipient of the World 500cc Crown, was Graham’s.

He had begun racing in Speedway before entering a race at Park Hall, Oswestry in 1929, then moving on to compete in the Ulster and NorthWest 200 races before winning a 1937 race at Donington Park. An all-rounder he also won a grass-track event, and enterted the TT  but his racing career was split either side of the Second World War, in which he served in the RAF as a pilot of a Lancaster bomber, being awarded the Distinguished Flying Cross in December 1944 for bravery.

He returned to motorcycle action, breaking world speed records at Montlhery prior to his World 500cc Championship success after which, furstrated by lack of development at AJS he joined MV Agusta to help develop their 500cc four cylinder and taking it to a famous victory at Monza in 1952 as he finished that season as runner-up in the title stakes having earlier run second in the Isle of Man Senior TT.

The following year he achieved his dream of winning at the TT, taking the Ultra-lightweight race, but two days later he lost his life in accident at the bottom of Bray Hill on the second lap of the Senior race but the memories of his special skills and riding style continue.