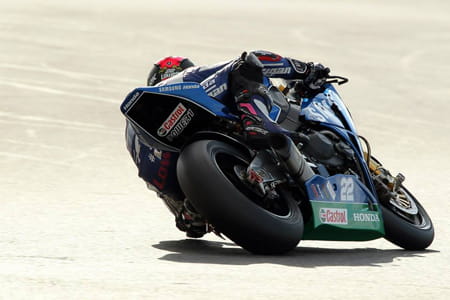 Could the British Superbike Championship get any closer?! In this weekend’s penultimate round of the series at Silverstone, Alex Lowes and Shane ‘Shakey’ Byrne clinched a race apiece – meaning that just one point separates the duo at the top of the standings ahead of the final event at Brands Hatch in less than two weeks’ time.

In race one at the Northamptonshire circuit, an injured Byrne led from the off, but with the title firmly in his sights, Lowes was keen to make a move on the Kawasaki man as soon as he could. The duelling duo broke away from the chasing pack and swapped and changed positions at the front of the field, but it was Lowes who came out on top – scooping his eighth win of the year – and slotting (temporarily) into the series lead. Bryne finished second, while Tommy Bridewell secured third.

In the second race, Byrne continued to battle through injury to clinch the win – once again securing his place at the top of the leaderboard with just one round to play out. Despite Lowes leading for the majority of the race, Byrne closed in on the Samsung Honda rider on the final laps – beating him to the chequered flag by just 0.012 seconds – a real photo finish! Tommy Bridewell clinched third – for a double podium – while his team-mate James Ellison secured fourth.