Like it or loathe it, the Showdown kind of works 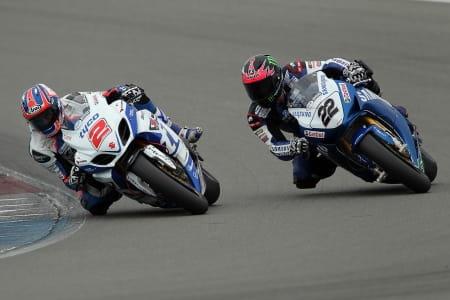 It is Showdown time in the chase for the British Superbike crown and already it is living up to the promise of providing the closest, most fiercely fought action on two wheels as the scrap for the country’s premier crown intensifies.

To many, among them, naturally, the promoters, it is the best thing since sliced bread as the format virtually ensures that nothing will be decided until the chequered flags falls on the twenty sixth and final race of a long season.  It is a crowd pleaser and a commercial success with a record crowds expected to be at Brands Hatch in mid October to see the champion crowned.

But to the purists, it is nothing more than a gimmic and a profit spinner. They argue that a champion should be crowned on the performances across the whole season, and not they would say on the final seven races.  It always used to be that way, indeed it still is in the British Supersport in which Stuart Easton and Alastair Seeley are fighting for supremacy in the title shoot-out that looks set to go the full distance without artificial strengthening.

However, to a degree the argument falls down somewhat.  To qualify for what the organisers call “title fighters” the rider have to score highly in the opening nineteen races of the season and only the top six at that point qualify.  There are always some in balances. For instance this time around the defending title holder Shane Byrne had amassed 370 points aboard his Kawasaki while James Westmoreland who just scraped in on his BMW had 154 after the decisive Donington Park round.  With a deficit of 216 points, Westmoreland had no chance of the crown with only 175 points at stake, nor for that matter the former three times winner of the title Ryuichi Kiyonari who was 200 points down on Byrne.

But, the Showdown, now in its fourth season, levelled up the playing field.  The elite six were all elevated to a score of 500 points, to which were added their podium credit scores were added, reflecting their winning or top three finishes and as they arrived at Assen for the start of  the Showdown Byrne’s advantage had been slashed. He was on 539, Kiyonari 504 and Westmoreland 500.  From this point, the riders scored their points on the normal scale.

The Dutch circuit hosted some of the most dramatic action ever.  The first of the two races there evoked memories of the 2011 final race in which Tommy Hill and John Hopkins slugged it, constantly trading places.  In this latest version, Alex Lowes, Honda’s young pretender to the crown Byrne wants to take for a record fourth time, snatched lead after a dozen or more overtaking moves to win by little more than a tenth of a second.

And the second race began in similar vein with that duo at the sharp-end of the action but this time it was a little too close on the fourth lap. Lowes wanted it, so did Byrne who just had the edge.  Lowes was moving up an overtake when he clipped the back of Byrne’s bike. The defending champion was down. Lowes went on to win but was later stripped of what would have been an eighth win of the season.  The outcome, Byrne heads into Silverstone’s penultimate round this weekend leading Lowes 559 – 558 while Westmoreland is on 519.

All to play for and that was the intention when the Showdown was introduced to counter the runaway title success of Leon Camier and Byrne in previous years which had the title success done and dusted with rounds to spare.  Yes it is somewhat contrived, but then so are the play-offs in football and similar schemes in other sports.  Like it or loathe it, and the riders and their teams know what they are signing up to when they enter the championship, the Showdown provides a vibrant, exciting climax to the campaign.  May the best man win!