Jessopp back to BSB on a BMW 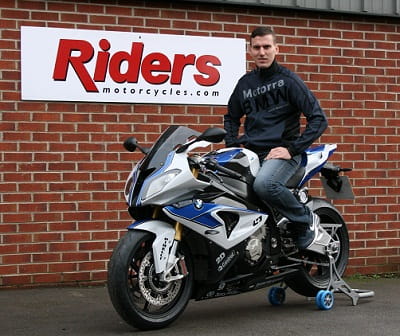 BSB seems to be finally back on the up with yet another announcement of another rider making his way back to the championship.

Following a year in World Supersport, Martin Jessopp and his father’s Riders of Yeovil team will now come back to the UK with a BMW superbike.

Speaking about the switch, Martin Jessopp said: “I have unfinished business in BSB and that is why I want to get back out there again. I think I took a year away at the wrong time in hindsight; at the time it was for the right reasons but I left when I was at my strongest position in the championship. It feels good to be back and on a competitive bike and everyone has seen that the BMW is a strong package in BSB. I want to start the season and straight away pick up where we left off; there is no time to settle in and get comfortable but because I have raced the BMW before I don’t think it will be an issue. We have the bikes stripped down at the moment and planning our test schedule so we can be ready for Brands Hatch. I want to be back up and fighting at the front and definitely pushing for the Showdown.”

Team owner Phil Jessopp said: “I am pleased to announce that the team will be back in the British Superbike Championship this season after a tough year in 2012. We really are looking forward to the new season and pushing to try and improve on our previous results in the championship. Martin has learnt a lot and I think that will benefit him this season. We are now looking forward to our first test with the BMW; the bike clearly has strong potential in the championship and we are feeling confident about the forthcoming season.”

MCE BSB Series Director Stuart Higgs commented: “It’s great to see Phil and Martin Jessopp back in BSB. The RidersMotorcycles.com team is highly professional and capable and reached the Showdown stage of the Championship in 2010 with Michael Rutter on the Ducati.  I’m sure Martin has eliminated his difficult Word Supersport campaign from his memory and will quickly recapture his strong previous BSB form, which included top five position race finishes and a race start from pole position.”