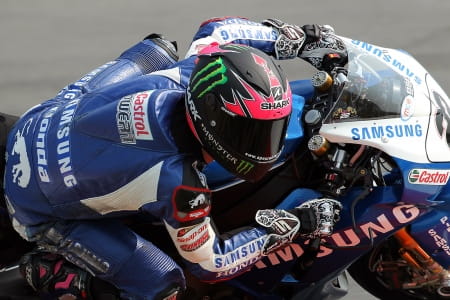 British Superbike heads to Assen for the second time ever this weekend and now the music has finally stopped on the last minute, pre-showdown rider changes we should be in for a real treat. If you’re unsure what’s gone on in terms of changes, here’s a quick summary: Nori Haga has been drafted in as a replacement for the injured Keith Farmer at Rapid Solicitors Kawasaki and Tommy Bridewell has switched the Halsall Kawasaki for a Milwaukee Yamaha at the expense of Aussie Josh Waters.

The key question surrounding the event is what can these two riders do on these two bikes. We’ve already been shown that the ZX10R and Yamaha R1 are by no means slow machines. Paul Bird and Shaun Muir have clearly brought in Haga and Bridewell to provide support to the title challenge of their respective number one riders. Haga’s last stint in the British series wasn’t exactly successful although Bridewell has had run of decent form recently… We’ll see.

The actual title fight is set to be pretty exciting. Thanks to the Showdown rules, just 39 points separate the top six with Shane Byrne now having just a six point lead over Samsung Honda’s Alex Lowes. Last year in the showdown, Byrne took four wins and three second places to take the title although it’s worth pointing out the leader going in to the last three rounds in the first three years of showdown rules has not gone on to win the title.

If anyone is ‘favourite’ to beat Byrne it has to be Alex Lowes. He’s just won four races in a row and is clearly looking to carry this momentum on to the last three circuits. Let’s not forget either, it was Silverstone where the Lincolnshire youngster took his first ever British Superbike win, followed by another as he took the double in Northamptonshire last year. Although with the last round at Brands Hatch hosting three races, Lowes will have his work cut out beating Byrne in his back yard. Shakey has taken victory seven times out of the last nine races held at the Kent circuit and he’ll be looking for a repeat of last year’s hat-trick.

It’s not just a two horse race though, ruling out Brookes and Ellison would be somewhat of an injustice. Brookes currently sits seventeen points behind Byrne with Ellison a further nine points back and with 125 points still for grabs it’s wide open. You can’t help but feel it’d take a mistake by Byrne or Lowes to see either Brookes or Ellison take the championship though, but as we’ve seen in recent years the Showdown ups the ante and with the increased pressure could we see a few slip ups over the next couple of rounds?

The showdown has a lot of critics but one thing is for sure, the BSB championship is now wide open and there’s everything to suggest these final seven races should be epic.