A snapshot into the mind of Jon Kirkham 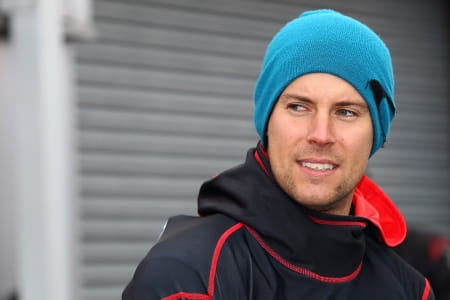 Jon Kirkham is well known for his outstanding performances in the Superstock 1000 in 2009 and his win in 2010. This year he's riding the Buildbase BMW S1000RR with team mate James Westmoreland joining him in the garage. A down-to-earth Derbyshire lad , who is still happy to head down to his dad’s work and give him a hand, had this to say about his BSB career so far and his hopes about the 2013 season…

Q: Would you say you have learnt from every season you’ve ridden in BSB?
A: Yes, I’ve learnt a fair bit over the years.  I had a few seasons in BSB earlier in my racing career between 2002 and 2006. I made my return in 2011 and had a good season. Last year’s wasn’t a great one and I only got one win, so hopefully we’ll be trying to add to that this year.

Q: Talking of expectations, what targets have you set yourself this year?
A: My target is just to be running at the front of the pack every weekend and being consistent.  I proved that I could run at the front towards the end of 2011 and I was there or thereabouts every weekend so that’s what I want to do, that’s where I want to be this year, at the front.

Q: Who would you say were your main rivals? The main guys like Shakey and Kiyo?
A: There’s going to be a lot of rivals out there to be honest. The ones to watch are definitely Shakey, Kiyo and my team mate James Westmoreland. Also, you can’t forget Alex Lowes. It’s going to be a tough year but I think on the Buildbase BMW, we can be up there with them.

Q: How do you stay focused and relaxed when you need to be?
A: I’ve got a good social life. I’ve got some good people around me, got a good girlfriend, I often go and do a bit of work for my dad here and there. I don’t mind going and doing an honest day’s work. Just bits like that really keep me relaxed and focussed – just a bit of normality.

Q: Where do you see yourself in 5 years time? Any plans?
A: I’m not sure really! I just see myself enjoying my life and doing whatever I’m doing.  If I don’t enjoy something, I don’t do it!

Q: If you could give one piece of advice what would it be?
A: It would be to go and buy a set of golf clubs! No, not really. Just sort of take your time and just let it flow.  Remember, Rome wasn’t built in a day, it was built in 2!

Q: It says on your website that one of your hobbies is power drinking!  Do you want to explain what it is to the people that don’t know?
A: [laughs] Well to be honest, it’s just drinking in the off-season.  I’ve never been to beer festivals but that‘s what they do at them sort of events.  I don’t know why it’s still on there, it’s from a long time ago…

Q: Favourite drink of choice?
A: I like a cheeky vino tinto these days…a red wine.