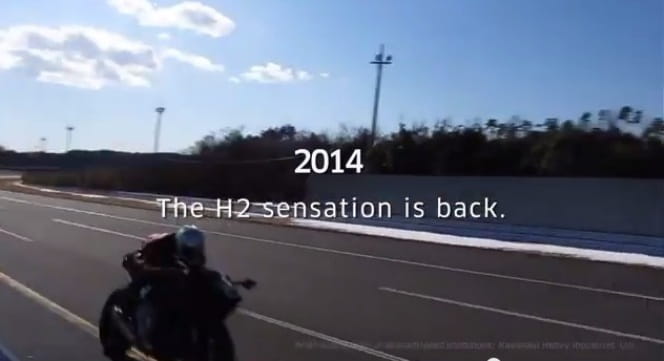 Who said sports bikes were dead? Kawasaki are among several manufacturers all set to release a new or updated sports bike for 2015 and the Japanese manufacturer has been releasing visual and audio teasers of the supposedly supercharged H2 Ninja for several weeks now.

The latest tease is a 1m 09s video focussing on the H2's origins with images of the 1971  750SS Mach IV also known as the H2. Kawasaki claim the bike was the fastest in the world at the time. All of which leads us into a glimpse of the new-for-2015 H2 Ninja at speed on a test track.

Turn your speakers up at 49s:

The next installment will be released on  Friday 19th September.