ON Saturday night, the famous custom chopper ridden by Peter Fonda's character, Wyatt, aka Captain America, in the 1969 film Easy Rider, became the most expensive motorcycle to be sold at auction having reached a whopping £840,000 ($1.35m). 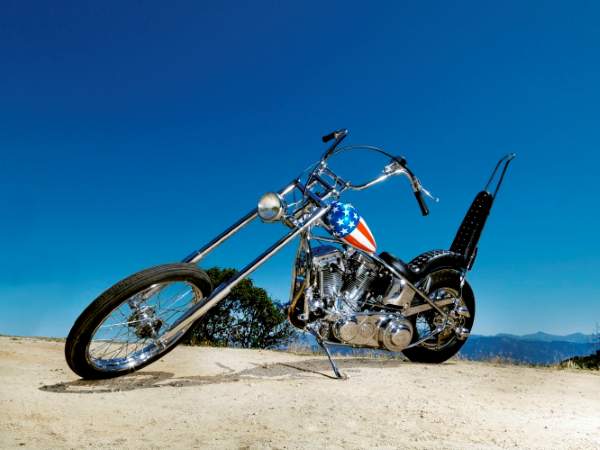 The auction for Hollywood entertainment memorabilia was run by Profiles in History in Los Angeles and took place on Saturday evening with a pre-auction estimate for the bike of £610,000 - £740,000 ($1m - $1.2m). However, the hammer dropped as an anonymous bidder raised the stakes to almost £840,000, after what the auction house called "fierce bidding".

The iconic bike, a pan head chopper with chromed hard tail frame, was one of two built for the movie by custom bike builders, Cliff Vaughs and Ben Hardy, with input from Fonda himself. One was stolen and never recovered while the bike that was crashed in the final scene was rebuilt by fellow actor Dan Haggerty who was presented with it by Fonda after filming.

Once rebuilt, the bike was displayed for the following 12 years at the National Motorcycle Museum in Iowa and the Museum’s Director has provided one of three signed letters of authenticity that substantiate the bike. The other two are from Peter Fonda and Dan Haggerty.

A portion of the proceeds will be donated to benefit the American Humane Association, a non-profit organisation dedicated to the welfare of animals and children.