Two teams, one Bonneville each and six months to create the ultimate custom version of the iconic Triumph.

On the Hinckley-based firms stand at the Milan Motorcycle Show this week there stood two eye-catching models which were creating somewhat more of a buzz than the latest Tiger or Rocket X. We ran a story earlier this week which involved mainly guess work from what we'd seen at the show but since then Triumph have released their official information and a video.

Two in-house design teams volunteered themselves to create one Bobber and one Scrambler to celebrate the Bonneville with the resulting bikes going head-to-head in a public vote before the winner is announced at Motorcycle Live at the NEC on 26th November. 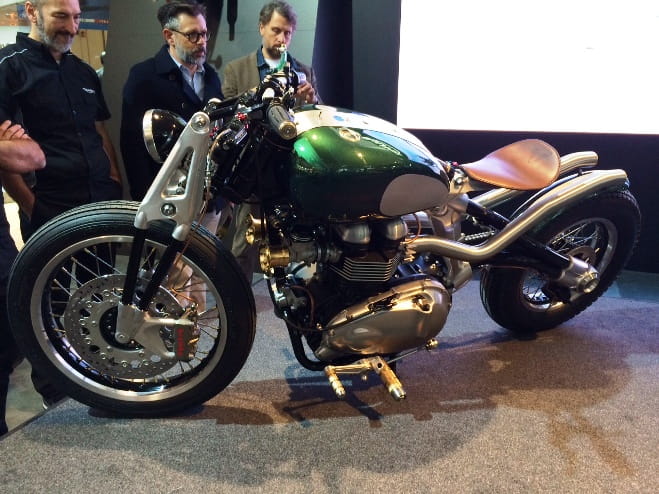 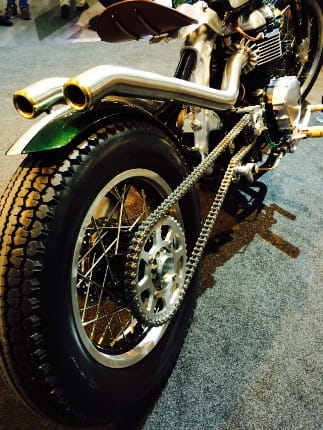 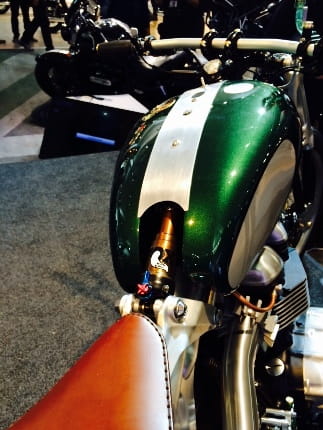 Modern electronics have been housed in a two-part fuel tank. One part houses...you've guessed it, fuel, as well as a fuel injection pump while the likes of the keyless ignition, start and kill switches and speedo. 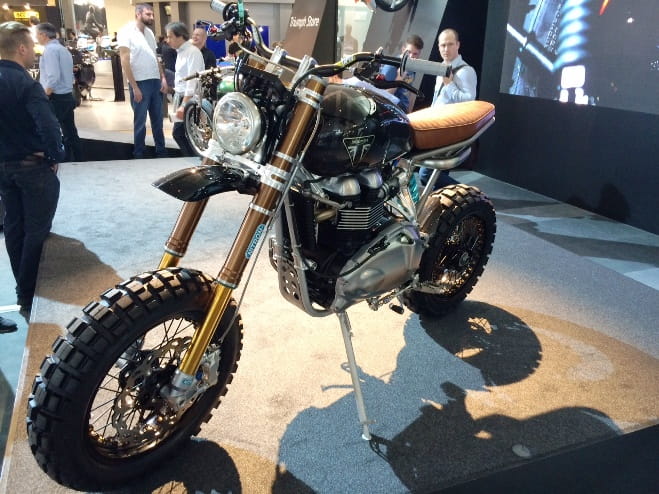 Lighter in weight and more powerful were the two key focuses for Team Scrambler which eventually ended up as an off-road focused bike with its longer travel suspension. The Bonneville's steel frame was replaced with an aluminium version with a titanium sub-frame. The swing arm is based on the Speed Triple although inverted which in turn created the need for the Nitron Racing Systems mono-shock. They also provided the bespoke set of front forks. 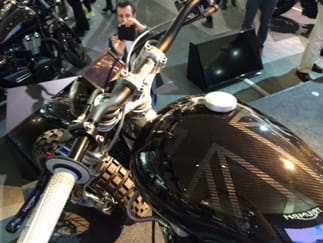 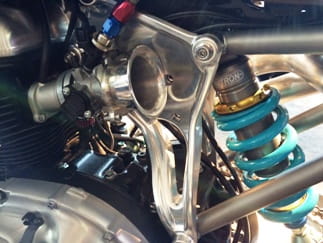 A full carbon fuel tank, a 25% increase in power over the donor bike thanks to a number of engine modifications and a set of 17" Kineo wheels have resulted in one very smart, and probably our favourite, custom. Of course, you could always pop a set of super-sticky slicks on and you have an instant super moto bike!

Vote for your favourite via Triumph's Official website. The results will be decalred at Motorcycle Live