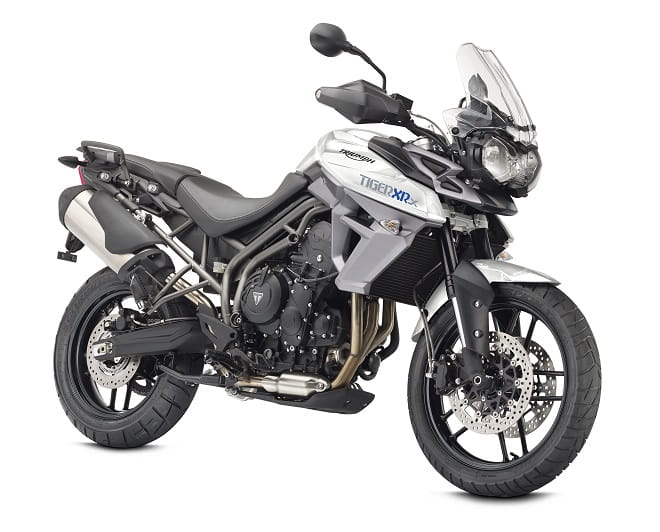 Triumph's best-selling Tiger 800 and Tiger 800XC get a full make over for next year with new more efficient engines designed for improved miles per gallon, new-look body panels, traction control and ABS as standard.

Updating the Tiger 800 range is an important bike for Triumph and consitently one of their best-sellers since it was launched in 2010.

There are also two new versions - the XCx and XRx versions. They get a host of accessories including cruise control, ABS that can be turned on or off on these bikes and the XC models. The standard bike is now called Tiger 800XR and the off-road biased version is called the Tiger 800XC.

Riders of the x-series bikes can choose between off-road, rain, road, or sport depending on riding conditions. 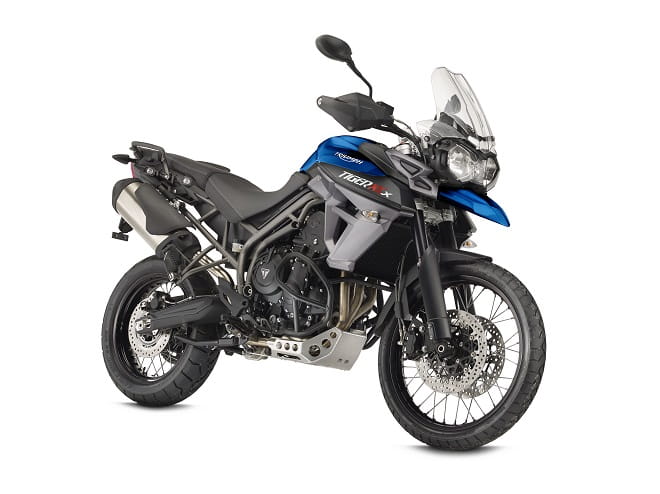 The traction control, ABS and power adjusts to suit the current mode selected by the rider on the move.

For example, rain mode increases the amount of traction control and dials down the power. In off-road mode, the bike allows more real wheel slip and slides under braking and changes the engine mapping to an off-road friendly power map.

Brakes are Nissin 2-piston calipers on 308mm floating discs at the front and a single 255mm rear disc with Nissin single-piston caliper. 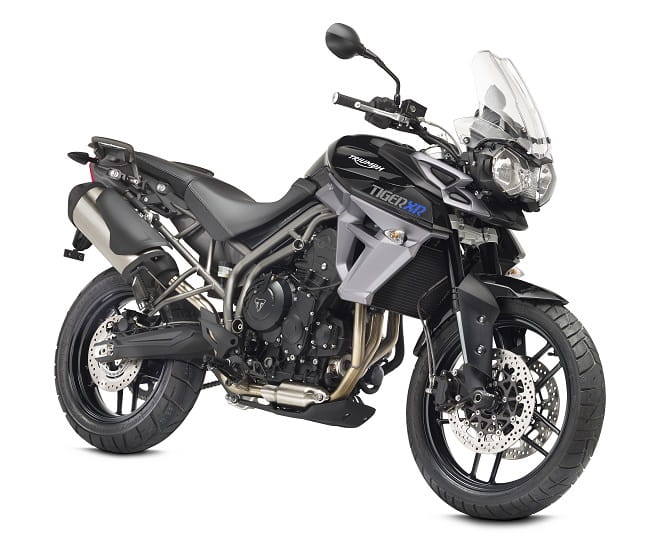 The standard Tiger 800 and Tiger 800XC base models get new ride-by-wire throttles and make the same 95ps as the previous generation bike.

Although improved engine internals and a gearbox from the Triumph Daytona 675 all-add up to a bike which Triumph claims offers 17% more miles per gallon on average, up from 55mpg to 65mpg, and a class-leading tank range of 272 miles.

That's some 50-miles further than the current bike, according to Triumph’s claims on the standard 19-litre fuel tank. 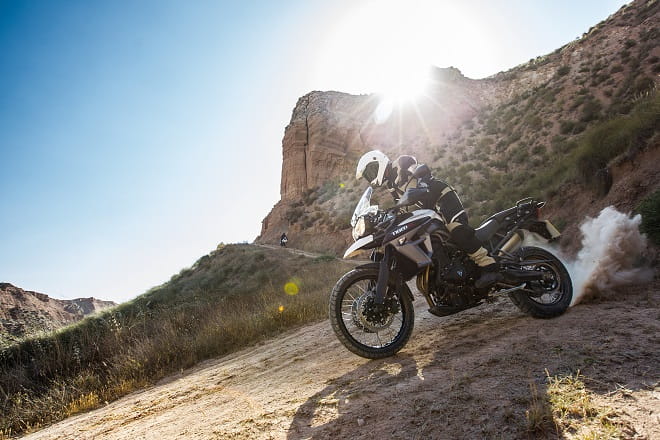 As well as a 21-inch front wheel, the taller and more off-road inspired XC and XCx get new WP suspension.

The standard Tiger 800 and Tiger 800XCx gets Showa suspension as standard with a 19-inch front wheel and 17-inch rear wheel. Wheels are cast on the XR versions and spoked on the XC versions.

As well as a restyle and new titanium coloured-frames, the new bodywork now ducts hot-air from the engine away from the rider. There’s adjustable bars, height adjustable seat and an adjustable headlight angle lever to point the headlight down when carrying pillions or heavy loads.

Prices will start from £8,499 OTR and will be available in dealers next Spring.

Bike Social will be among the first riders in the world to test the bikes later this month at the bike's world press launch on November 18 and 19. 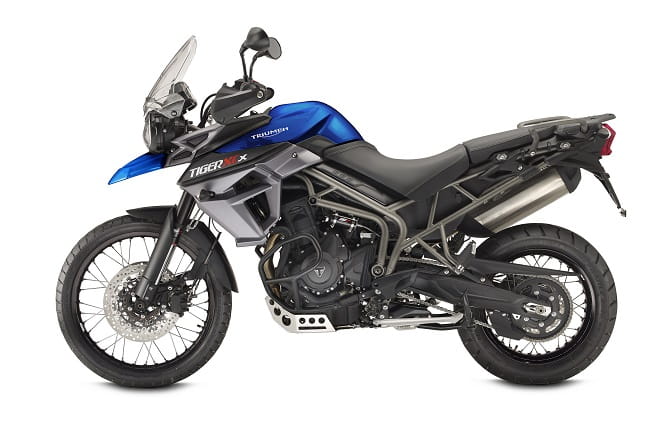 WHAT YOU GET EXTRA ON THE TIGER 800XCx?

BIKE SOCIAL SAYS:
Triumph scrapping the much-reported new 250cc project at the last-minute seems to have left the company’s 2015 launches a bit lack lustre with no real headline grabbing bikes.
The new Bonnevilles are nothing more than new paint and a few accessories, and although the Tiger 800s range is improving an already great bike, we can’t help but be feeling a little flat over Triumph’s ‘new’ models. Although undoubtedly the Tiger 800 will be a brilliant all-rounder.