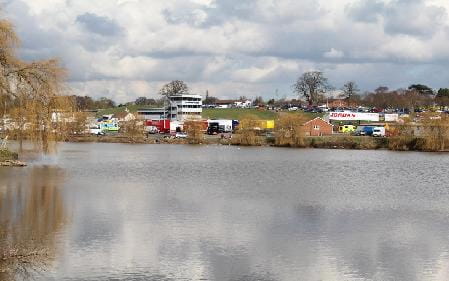 Mallory Park opened its doors to the public this weekend for the first time since the circuit’s previous leaseholders (Mallory Park Motorsport Ltd) entered administration.

The Leicestershire venue has since been taken over by a pair of former racers, Stuart Hicken and Eddie Roberts and after a month of tidying the circuit up, the duo announced they’d hold a gala open day on Saturday March 1st.

With no charge for entry, the event saw a whole host of stalls and exhibitions from across both the two and four wheeled motorsport spheres. Hicken’s Buildbase BMW unveiled their 2014 livery and also displayed the S 1000 RR Michael Dunlop will campaign at this year’s Isle of Man TT.

Other motorcycles on display included Valentino Rossi’s 1997 world championship winning RS125 and Niall MacKenzie’s Cadbury’s Boost Yamaha British Superbike. Stuart Hicken took some time out of his busy day to have a chat with Bike Social about how plans for the circuit were progressing. 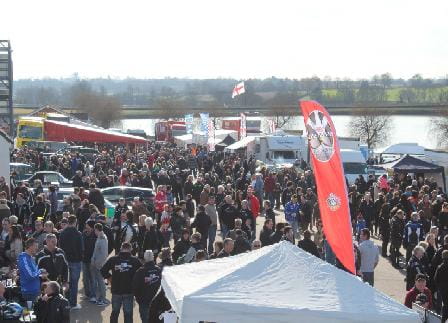 “It’s important that we do see people are interested in Mallory Park so to see such a big turn out is great” he declared.

“People are still coming in and we’re having to park them round the back of the paddock now so that’s even better! “

There was no on-circuit activity during the day, although the new owners are adamant it won’t be long until we’re seeing track action. Stewards were handing out race dates on entry to the circuit with events scheduled from mid-March.

“We’ve got to be positive and that’s what we’re doing.” Hicken continued.

“We’ve had some excellent meetings with the council, with the villagers, most people want Mallory to succeed. We definitely want it to succeed as we’ve invested a lot in it and signed a fifteen year lease.”

The circuit’s previous leaseholders found themselves in financial difficulty after restrictions were placed on how many days the circuit could be active, in an effort to reduce noise following complaints from local residents. Hicken and Roberts plan to turn this restriction into an opportunity, using the circuit for non-racing events on the days on which racing is not permitted.

“For us it has to be successful, not only as a race circuit but as a park” explains Hicken. “We’re going to diversify into other areas such as triathlons, cycling, county shows and numerous other things to get the place busy and keep it here as a race circuit.”

The pair, who formed a business venture named ‘Real Motorsport’ to take on the lease, are keen to talk to local residents who may have concerns.

“The biggest limits are ourselves, we quite understand people’s problems with noise and various other things and our door is always open to people; if they’ve got a genuine grievance they can come and speak to us and we will talk to them.