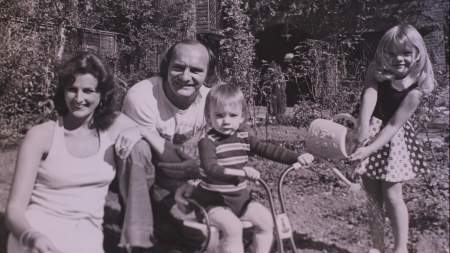 Next Wednesday, BT Sport will broadcast a 90-minute documentary focused on the life of one of the most gifted motorcyclists of all time, Mike ‘the Bike’ Hailwood. And we have some preview footage.

With 76 motorcycle grand prix victories, 9 World Championships and a further 14 Isle of Man TT wins, the Oxfordshire-born man had a two-wheeled racing career to envy spanning from 1957 to 1979.

Tragically, Stanley Michael Bailey Hailwood to give him his full name, died 33 years ago on 24th March 1981 as a result of a car accident two days earlier. A lorry making an illegal turn collided with the car he was driving which also contained his children Michelle and David as they returned from the local fish & chip shop. Only David survived.

The documentary features interviews with David Hailwood and Mike’s widow, Pauline, as well as legends from the motor racing world including John Surtees, Stirling Moss, Sir Jackie Stewart, Murray Walker and Carl Fogarty. It also highlights his four-wheeled racing career, whilst not as trophy-laden as his two-wheeled successes, Hailwood still won the Formula 2 European title, raced in 50 Formula 1 Grand Prix and achieved 3rd place at the Le Mans 24-hour race in 1969.

He was not a mechanically gifted rider, barely understanding the technicalities of how a bike operated but he was a guy who could simply get on a bike and ride around any issues - a natural. He was an unpretentious man who managed to enjoy the lifestyle that accompanied the racing world of the 60’s and 70’s.  Make sure you tune in.