KTM offer £1600 worth of free accessories

If you’re contemplating buying a new adventure bike then read on. KTM might well be enticing you their way with an offer than looks very tasty. The 1190 Adventure and its slightly larger twin, the 1190 Adventure R, are being offered with £1600 worth of accessories for free! 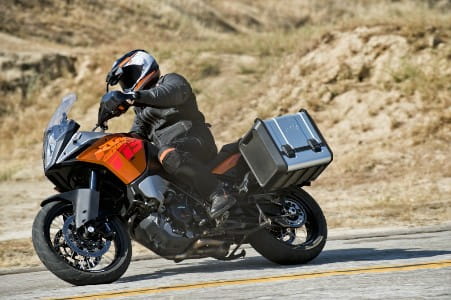 The freebies are packaged as a ‘Travel Pack’ which comprises of:

The crash bars actually come as standard with the Adventure R so KTM’s customers can chose either a spare pair for those less confident or alternative items from the Austrian firm’s PowerParts range. 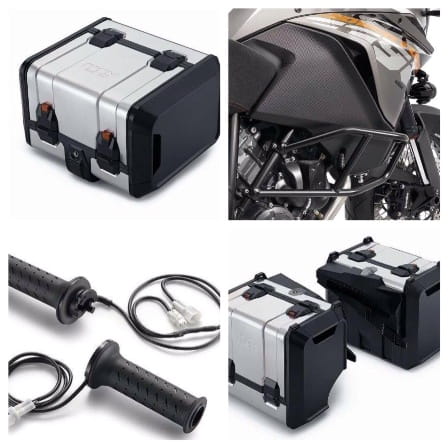 The 1190 Adventure and the more off-road focussed ‘R’ model were only launched last year each with a 200 mile+ tank, 4 riding modes and 150bhp from its V-Twin. The Adventure costs £12,999 while the R with its larger wheels and longer suspension travel which is also adjustable is priced at £13,799. Both are equipped with KTM’s MSC (Mid-corner Stability Control) which combines lean-sensitive traction control with lean-sensitive ABS.

Its main competitors come in the form of the BMW R1200GS Adventure, Ducati Multistrada 1200 and Suzuki V-Strom 1000.

Here's the 1190 Adventure doing its thing: