Investing in a classic bike? Prices are “set to keep on rising”

Remember the days when you thought £10,000 was a bit steep for an old Ducati, and £5,000 could buy a half-decent BSA Gold Star? Well, they've well and truly gone now that classic motorcycles have attained the status of rolling artworks beloved of the super-rich.

During the past decade, and particularly since the stock market crash of 2008, ploughing your spare cash into tangible assets that you can enjoy looking at and having fun with has become the sensible thing to do - with the result that values of classic bikes have rocketed across the board.

The latest evidence that the market is in rude health was seen at Bonhams annual Las Vegas bike auction staged yesterday (January 9) at Bally's Hotel and Casino where, out of 206 machines offered, just 26 failed to find buyers.

Including 120 lots of motorcycling memorabilia, the sale grossed a stellar US$3.3 million, with the top lot being a 1978 Ducati 900 NCR racer just like the one on which Mike Hailwood won the F1 race at that year's Isle of Man TT. The bike offered by Bonhams, however, was an un-raced version offered in mint condition from the Silverman Museum collection - and it fetched $175,000, almost double its low estimate.

The biggest surprise of the sale, however, saw a 1940 Harley-Davidson EL which was tipped to fetch up to $46,000 but ended up selling for $159,000 after a drawn-out bidding battle. 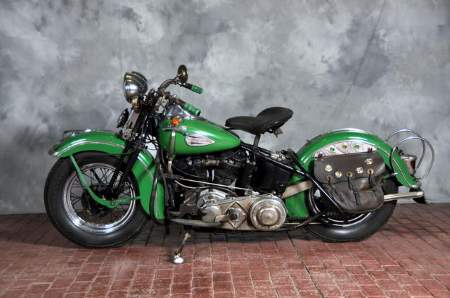 As well as being a quintessential example of the classic Knucklehead, the bike was also covetable because it was in largely original, nicely patinated condition - a state that Americans have only recently come to appreciate after decades of over-restoring classics. The bike was among 40 Harleys and seven Triumphs consigned from the estate of lifelong collector Wayne 'Pappy' Pierce which made a total of more than $700,000. 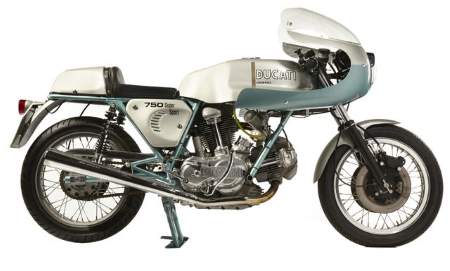 According to Larry Preston-Smith, who runs the Unit 56 classic bike shop in Blockley, Gloucestershire, such high prices have become the norm - and look set to keep on rising.

"We're at a time when classic bikes from the 1950s to the 1980s, in particular, are enjoying huge popularity because the people who used to lust after them when they were youngsters now have the wherewithal to own them," says Preston-Smith.

"There has also been a realisation that, as well as being more affordable than many classic cars, they are far easier to store and maintain. Also, they don't seem to suffer quite so badly from only being used occasionally and, with bank interest rates so low and values rising, they represent a sensible place to stash your cash.

"But one slightly sad aspect of the business," adds Preston-Smith, "is that a lot of these bikes are being bought purely for investment rather than to be ridden. I think any true enthusiast would much prefer to see a classic covered in road grime as a result of being well used rather than look at a gleaming trailer queen that spends its life in a hermetically-sealed garage. " 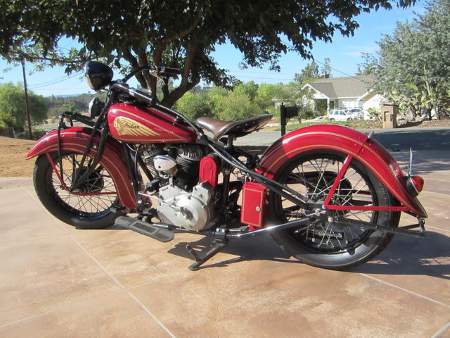 Read our Guide to Classic Motorcycles and learn more about investing in classics.