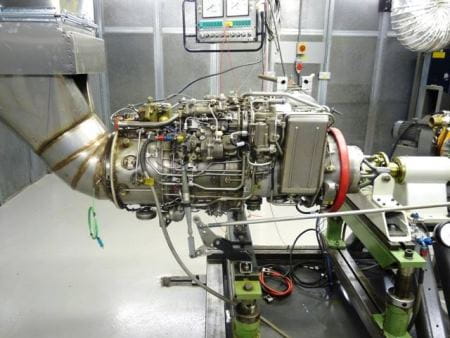 James Toseland’s attempt to break the motorcycle landspeed world record has been postponed twelve months to allow the team more time to develop the streamliner on which the record will be attempted.

The original plan was for Toseland to make the attempt this September, although with plans for the bike, dubbed the ’52 Express’, to reach speeds of over 400mph from an engine with over 1000bhp, it’s vital that the development process is not rushed. One of the main reasons for the delay is that the team has decided to entirely reconstruct the streamliner’s fuel system.

This means the team will have more time to test the bike and are planning an outing at Bruntingthorpe Airfield this September.

“The engine that is being used as the power source for the streamliner is a Rolls Royce GEM engine, which was originally fitted to the Lynx helicopter” explained Alex Macfadzean, Team Principle.

“The power delivery from this engine, as calibrated for the use in the Lynx, makes it unusable for our application. Therefore we have built our own engine test bed to carry out development work to enable the team to recalibrate this engine to suit our requirements.

Until recently, we’ve been unable to get detailed operational data about things such as flow rates and pressures from anybody connected to Rolls-Royce so we’ve had to take some educated guesses. We no longer have to do that because the recent project publicity has brought us into contact with two ex-Rolls-Royce people who worked on the original engine design. That has been invaluable.

More calculations and simulations proved that our original design would not have given us exactly what we needed, so together with Mike Lancaster from Life Racing, team systems designer Roger Ratley has come up with a fully electronic system. This extended design and test program for the engine means that all other work would have been compressed into too short a timeframe to get us to Bonneville with a properly tested vehicle so we have taken the decision to delay that trip by 12 months. This means we can now run in the UK this year and get everything properly checked out to deal with all the inevitable issues that will need sorting. It’s a delay but a sensible one”.

"This delay is not a bad thing at all” explained double World Superbike Champion, Toseland. “I’m delighted the project is being treated with such professionalism. It’s so, so important that when we make the attempt that the bike is in the best shape it possibly can be. I’m happy and I can’t wait to get out testing later this year.”