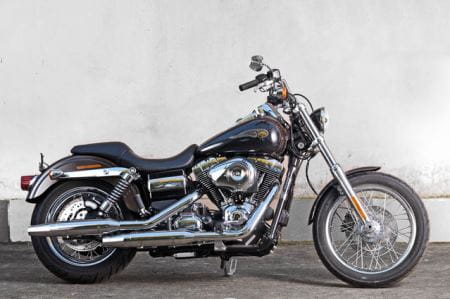 A Harley-Davidson given to the Pope during the brands 110th Anniversary celebrations in Rome last year has been sold at auction for over £200,000.

The Dyna Super Glide was auctioned by Bonhams, one of the world’s most renowned auctioneers, as part of Retromobile Week at the Bonham’s Les Grandes Marques du Mond sale at the Grand Palais in Paris.

That’s not all either, a Harley-Davidson 110th Anniversary leather jacket presented to and signed by his Holiness along with the bike sold for €57,500 (£47,851).

The money raised will be put towards the renovation of Caritas Roma’s Don Luigi di Liegro hostel and soup kitchen based at Rome’s Termini train station. The hostel, which opened thirty years ago, helps the homeless, jobless and the poor, providing food and accommodation to more than 1,000 people each day.