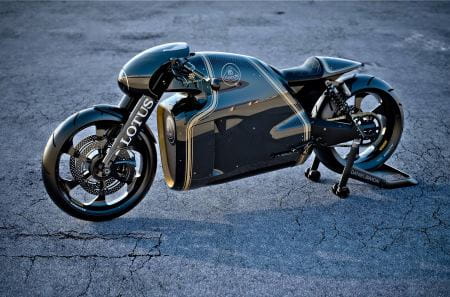 Eight months after it was first announced that Lotus would produce a motorcycle, it has finally broken cover.

While it bears the iconic Lotus name, the bike, called the C-01, has been designed and produced in a collaboration between Kodewa Racing team – who currently run the Lotus LMP2 in the FIA World Endurance Championship – and the Holzer group, who co-own Kalex.

Design Guru Daniel Simon - a car designer who has previously worked for Bugatti and is well-known as a concept designer in the film industry - is responsible for the design of the C-01.

In excess of 200bhp is reported to be produced from the C-01’s V-twin engine, thought to be a highly tuned motor from a KTM RC8.

Only one hundred of the quirky superbikes will be made, so those wanting to get their hands on one will need to move fast. 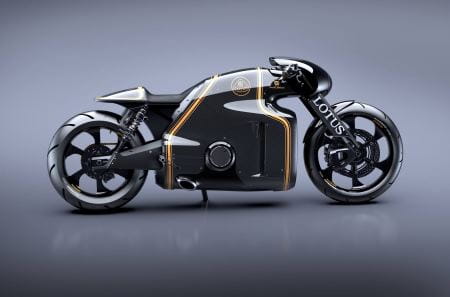 “The design process of the C-01 was a labour of love - there were many challenges - ensuring that the bike not only touches your visual senses with its timeless blend of classic appeal and modern execution, but that is safe and ergonomically sound was critical to me” said designer, Simon.

“We have worked hard to create a motorcycle with very distinctive features such as a clean main body, an extremely low side profile, a bold stance, a unique air intake, logical partline solutions and clean graphics.”

Kodwea’s Dr Colin Kolles added: “We set out to create a bike that isn’t just great to ride but also represents a piece of art in motion. Over the years I have seen my fair share of style over substance, what this bike brings to the market is a unique combination of both - state of the art technology with a truly jaw-dropping aesthetic.”