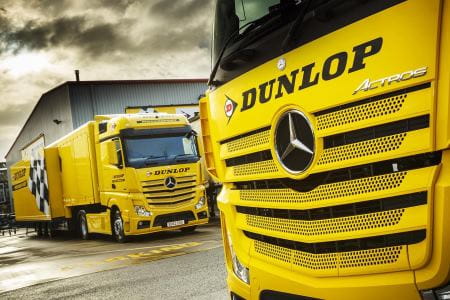 Over two-hundred people are set to lose their jobs as Dunlop Motorsport has announced they are to close their operations in Birmingham. The move comes after a decision was made for Jaguar Land Rover to take over the firm’s current Castle Bromwich site.

Despite negotiations with local authorities, Dunlop has been unable to find alternate premises in the City and will now relocate the operation to Hanau in Germany and Montlucon in France.

“Our strong preference was to remain on our existing site, but this has not proved possible” said Sanjay Khanna, Managing Director of Dunlop Brand Europe, speaking to the Birmingham Post.

“For several months, we have also worked closely with local agencies and authorities to identify local Birmingham site alternatives. Unfortunately no other appropriate site was available locally which would have provided continuity of supply to our key customers.

We understand that this is a difficult time for our employees,” Mr Khanna added. “It is important our attention is now focused on supporting the employees who will be affected. We will work with our unions and employees throughout the consultation process to provide support.”

Dunlop has been making motorsport tyres at the site for almost one hundred years, providing tyres for various forms of both two and four wheeled motorsport, distributing around 300,000 tyres per year.