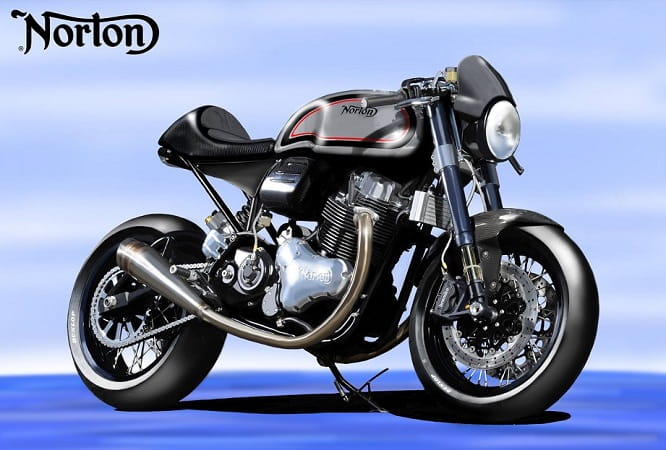 While the original £24,000 cafe racer could be prepped for road use for an extra fee, the new Dominator will roll out of the firm’s Donington Hall factory ready to hit the road from the off.

“The Domiracer worked so well we had to do something more with it”, explained Norton’s design guru and ex-Triumph man Simon Skinner. “We felt it was important to retain the stance and overall style of the bike but have taken off some of the detail and jewellery found on the Domiracer to make the Dominator more production friendly.”

The Dominator bears a striking resemblance to its sibling with very few differences immediately noticeable. It’s powered by the same 961cc twin cylinder motor found in the rest of Norton’s range and will feature full Ohlins suspension and brembo monobloc calipers as standard. 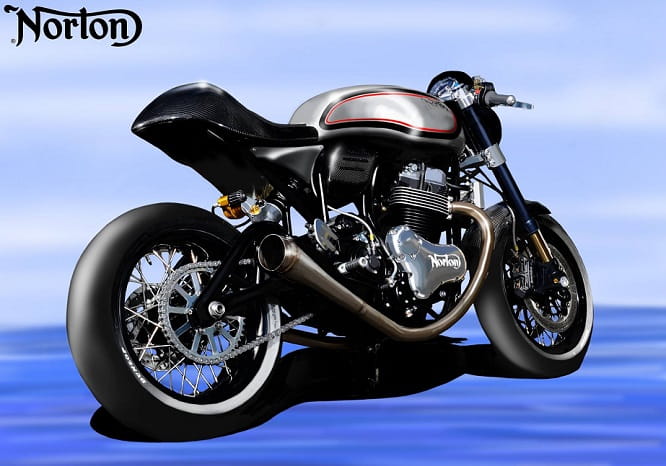 The most obvious difference is the rotation moulded, painted tank in place of the hand-made aluminium version found on the Domiracer. Other changes include the addition of a flyscreen, a more conventional upside down front mudguard and slightly different side panels.

While the straight-through pipes featured on the Domiracer won’t come as standard, they will be available as an after-market extra and if you’ve ever heard the unsilenced roar of Norton’s twin cylinder motor, you’ll not think twice about this whatever the cost.

“The Domiracer was so ridiculously handmade”, added Skinner. “Even with all the resource we have, we were only able to produce three or four a week as they are just so labour intensive. The aim of the Dominator is to be more production friendly while retaining the same style.”

Norton will also produce a Super Sport version of the Dominator, called the ‘SS’, which will be limited to a run of 100 globally, with 50 of these being sold in the UK. The SS will be ‘privately previewed’ at Donington Hall early next year.

The standard Dominator will be priced at £19,950 and is expected to enter production at some point next year.