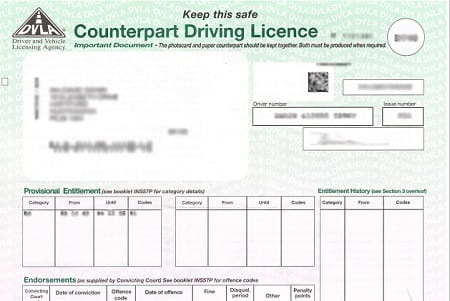 Do you know where the paper part of your driving licence is? Well, soon it won’t matter as the DVLA has now set a date for their abolition.

From June 8 2015, the paper counterpart licences will no longer be valid and the authorities will cease to issue any more.

The counterpart is currently used to keep a record of motoring convictions such as speeding. When you’re required to provide proof of licence, such as on track days, both parts of the licence are required. From June next year, the paper part will be ditched in favour of an online database much like the one now used for Vehicle Excise Duty (more commonly known as road tax).

The DVLA announced they’d be scrapping the paper counterparts back in July with many assuming the change would come into effect from 01 January 2015.

WHAT DOES THIS MEAN FOR ME?

You will need to destroy your paper counterpart after June 8th 2015, although there’s probably nothing wrong with keeping hold of it as it can still be used to change the address on your licence. From this date your photocard will be the only valid part of your licence so it is important to keep this.

If you have a paper driving licence only (issued before 1998), you should keep hold of this as it will remain valid. However endorsements and penalty points will no longer be recorded on these licences from 8th June 2015 as the information will, as with photocard licence holders, be stored online.

The next time you need to renew or change your licence, you’ll be issued with a photocard only.

You can view a 'Beta test' version of the online database and check your details here. The full version of the site will launch closer to the abolition date next year.