Yamaha looks set to unveil details about a new model to their new MT range with a sports-tourer version of the 3-cylinder MT-09, ready for 2015.

According to US website Motorcycle.com, the Japanese firm have applied for an EU-based trademark for the model based on the below design although no name has been identified. 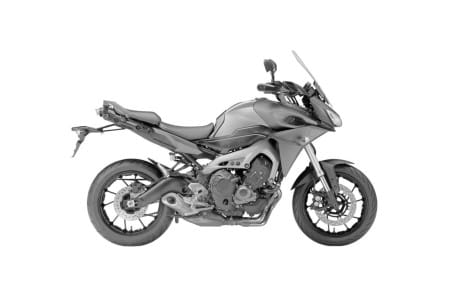 From the image we can see the similarities between the sub £7k, 847cc, MT-09 introduced last year and the new TDM-shaped model. The same 3-cylinder motor, exhaust and silencer layout, swinging arm, frame, brakes and wheels are all recognisable yet air intakes, fairings, fuel tank design and seat unit are the instantly obvious differences in the slightly taller model. The higher handlebar position will offer the rider a more upright position and with the screen and handlebar guards, this Yamaha is designed to compete with the likes of Suzuki's V-Strom 1000 and Kawasaki's Versys 1000.

The MT-09 has been praised for the quality of its engine, chassis and price so if Yamaha follow suit with this model to expand the MT range, as was promised during the MT-125 launch earlier this year,  then they could be onto a winning formula. 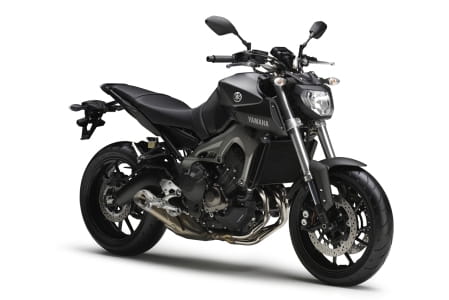 The original MT-09 offered 115bhp and 64ft lb of torque with a top speed of 140mph, weighing 188kg. Two additional models followed with the Street Rally and Sport Tracker, using the same platform.