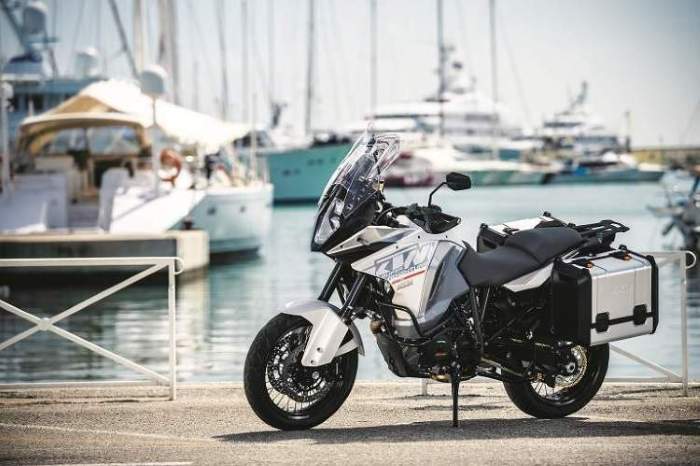 New for 2015, KTM have officially announced an addition to their Adventure range; this is the 1290 Super Adventure.

Using a revised version of the 1301cc, 75-degree, eight-valve V-twin engine which can also be found in the 1290 SuperDuke R, the new 1290 Super Adventure is step up from the 1190 Adventure and its own more off-road focussed ‘R’ version with, according to the manufacturer, “ more power, more torque and more luxury”.

Fresh on the heels of the latest spy shots of BMW’s S1000XR coming out of Germany, KTM have now unveiled their latest challenger to the sports-adventure market just two years after launching the 148bhp 1190 Adventure.

The full spec of the 2015 model is due to be announced at the INTERMOT trade show at the end of next month but we do know the new model will come with an “incredibly large fuel tank” although the 1190 Adventure’s is not exactly small with its 23 litre capacity. It will also feature the KTM’s own Motorcycle Stability Control (MSC) system and “further absolutely unique electronically supported riding assistance equipment.”