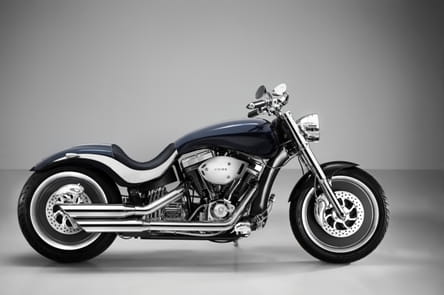 Better known for his car designs including the Aston Martin DB9 and V8 Vantage as well as BMW’s Z8, Henrik Fisker has now designed a new concept bike with his countrymen, Danish outfit Lauge Jensen, called the Viking.

The 1800cc S&S, 45-degree v-twin powered cruiser is just a design concept at the moment, albeit a fully functioning bike, which has been unveiled at the Top Marques show in Monaco (our invite must have been misplaced). Fisker and the Lauge Jensen hierarchy have said they’ll put it into low volume production next year with each being hand-built in Denmark although a source close to project also revealed that should interest in the Viking be sufficient then they’re likely to find an appropriate facility, probably in the UK, to produce the bike which is expected to be priced below that of the limited edition Great Dane cruiser which is currently available at £30,000. 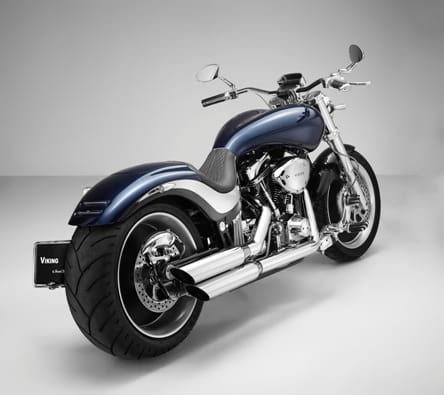 Fisker was commissioned by Lauge Jensen owner, Anders Kirk Johansen (son of the LEGO inventor no less) who acquired the company in 2012. At the launch, Johansen said, "We have been developing the Viking Concept for some time, so I am delighted to reveal it today here in Monaco. Potentially, it’s the next step for our company beyond our limited production Great Dane custom bike."

Commenting on the design, Fisker said: "It’s been a dream of mine to design and create a motorcycle for many years and this is the first time I have the freedom to go and do it." 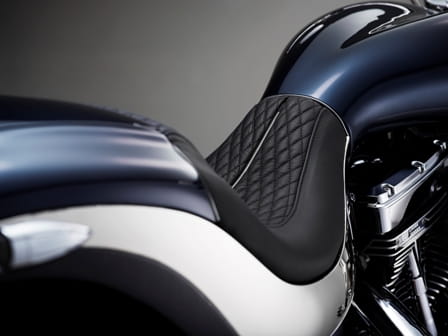 As we revealed back in September, it was Lauge Jensen who became the first motorcycle manufacturer in the world to pass the new tougher EURO 4 emissions regulations which are set to be implemented in January 2016.  The Viking is fully compliant and will still produce 100bhp which should be good enough for 130mph+ and 70mpg from the 299kg machine.  We’ll see when we get to ride her...wink, wink. 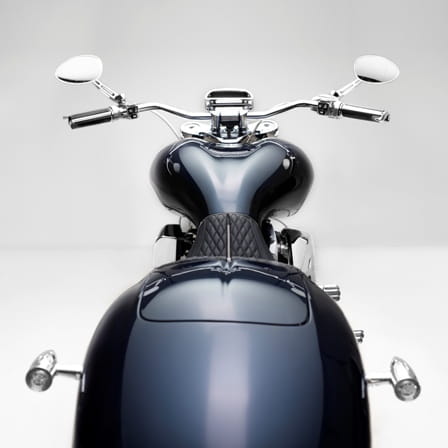 Lauge Jensen have recently built a gold bike, a bike for Wayne Rooney and also one for automotive fashion house A.Kahn Design.