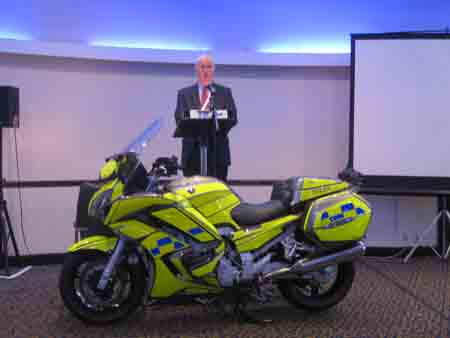 Last week saw the official launch of the new editions of Motorcycle Roadcraft: The Police Rider’s Handbook (and its car version) at the National Motorcycle Conference in Leicestershire. The well-attended launch had over 150 representatives from the police, fire, ambulance and leading motoring organisations present.

The new version of this book is the latest in a long line of the handbook, which were originally for police use only, but of late have become the ‘bible’ of anybody involved in advanced rider/driver training. Both versions are seen as an authoritative source of guidance on becoming a better rider, or driver.

The new highly anticipated versions have been published through The Stationary Office (TSO) by the Police Foundation have been developed in consultation with the police and other emergency services, along with advanced riding instructors. Incorporating current evidence-based practice, it is still recognised as the leading manual in police rider training, hence the interest at the launch.

Fully revised and updated it includes substantial new content with chapters on slow speed maneuvering and emergency response riding and updated information on techniques for cornering safely amongst a host of other changes, as well as incorporating eco riding tips to help save money. 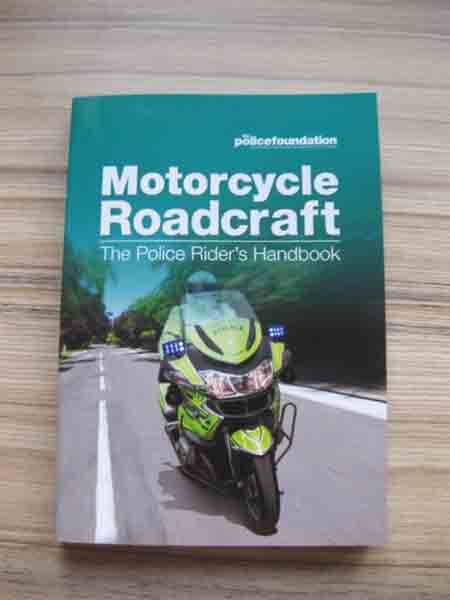 Included at the end of each chapter are self-assessment questions, to help the reader check their understanding and learning pace as well as riding levels,

Although it is well illustrated with full colour diagrams and written in modern easy to understand language, the bedrock principles and techniques of better riding from the very first version in the1950s have been maintained throughout. It just shows that it was basically sound from the outset even though machines and traffic conditions have improved/changed beyond the imagination of those who originally authored the manual.

Speaking at the launch, from behind the very latest Yamaha FJR police bike John Graham, Director of the Police Foundation, said: “These books are recognised as providing the very best in driver and rider training and are a must-read for anyone who wants to improve their driving or riding. Prepared through extensive consultation with experts and endorsed by the emergency services and leading driving organisations, they will make a significant contribution to improved road safety and help readers become safer and more skilful drivers and riders.”

The launch came at the end of the one day National Motorcycle Conference which was organised by the Association of Industry Road Safety Officers (AIRSO).

Although entry to the conference was not restricted, it was primarily aimed at all those who contribute towards making roads and riding safer for motorcyclists and as a result it had a diverse audience, as well as speakers covering a wide range of subjects.

The conference explored initiatives and interventions which are known to cut road casualties within the riding population, in the hope that they can be replicated across the country.

As you might expect with more and more complex systems appearing on everyday machines, the role of technology was also on the agenda as well as sessions on the theory behind rider behaviour from academics.

Now in its second year it is intended to run the conference annually, likewise both versions of Roadcraft will also be subject to an annual review as new information and techniques come to light.