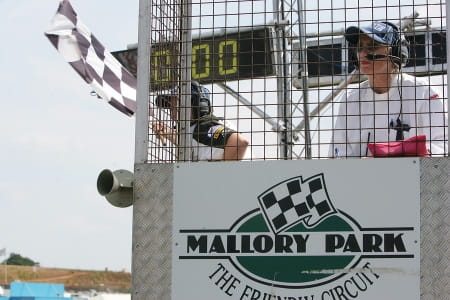 The future of Mallory Park has today become even bleaker as it has been announced the company behind the circuit have been placed into administration and all scheduled race meetings have been cancelled.

The news comes after the circuit faced numerous complaints over noise, with the local council seeking to restrict the number of days Mallory Park could operate despite many years of working closely with Hinckley and Bosworth Borough Council (HBBC) to work within the 1985 Noise Notice, which had been open to interpretation. Recently, local residents new to the area made representations to stick rigidly to the highly restrictive 1985 noise regulations.

Earlier this year, council members rejected a new plan put together by circuit owners and despite Mallory Park working hard to find a compromise with the local residents over recent months, unfortunately the council decided to prosecute the circuit on five charges of the Noise Notice during 2012 which involved operating on a Saturday over and above the four days agreed in the Notice. The court hearing took place in August 2013 and ruled that Mallory Park was guilty of the breach on all five occasions.

The immediate implication of the court decision was to oblige MPML to observe the restrictions, allowing just 40 days racing on Sundays per annum and testing on Wednesdays. Mallory Park therefore had no choice but to cancel all track day operations resulting in significant loss of income.

Despite trying to run as full a programme as possible with support from the British Automobile Racing Club (BARC), with no firm visibility into 2014 and beyond. Mallory Park directors had no choice but to place the company into administration.

Administrators are adamant they will work to ensure Mallory will see racing again, so it may not be over just yet…

Ian Robert of Kingston Smith & Partners LLP, commented: “I will be working with all the stakeholders to ensure that Mallory Park will see racing again. I hope the administration process can assist in finding a solution which will be beneficial to all parties concerned.”

He continued: “To that end, I will be negotiating with the landlord and the council, with the support of the BARC, to ensure that racing can be enjoyed at Mallory Park for years to come. Although it is early days, I am hopeful that, once a solution to the lease is found, all of the company’s creditors should receive a substantial dividend, which I understand is very much the driving force behind the continued support of the BARC.”