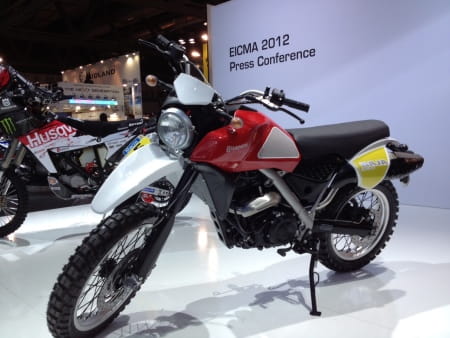 The seventy-first International Motorcycle Exhibition kicks off next Tuesday in Milan and it looks set to be one of the most significant bike shows of 2013, with the who’s who of motorcycle manufacturers expected to unveil the bikes to be on in 2014.

As usual, a number of manufacturers have scheduled press launches on the eve of the show, next Monday including Ducati, Honda, Yamaha and Harley-Davidson. Ducati will be introducing the super lightweight version of the 1199 Panigale, the Superleggera alongside the 899 “minigale” released earlier this year. With numerous alleged spy shots of a Ducati scrambler circulating the international press over the last few months it’s expected this will break cover too.

Honda unveiled a CBR300R in China last week so it may well be the case this could make an appearance. Despite rumours of a new CBR1000RR Fireblade for 2014, the Japanese have confirmed this is not to be although a special, updated version of the current bike is largely expected. Also set to break cover is a road-going production version of the Honda MotoGP machine, the RC213V. This machine isn’t set to go on sale until 2015 although it’s thought Honda are planning to showcase it early.

Kawasaki have teased their new Z1000 for several weeks now, the naked machine expected to be based around the ZX10R engine to compete with KTM’s 180bhp Superduke R and the naked version of BMW’s S 1000 RR, also to be unveiled at EICMA. Kawasaki will also be showcasing their J300 scooter, which so far they’ve been rather sketchy with the details of.

For the racing fans among you, World Superbike will be present with their paddock show and a number of riders. Famous faces from the Grand Prix paddock will also be there.

What’s more, we’ll be there to bring you all the latest news.