Good News: Ducati are releasing a super special exclusive version of the 1199 Panigale S, in a tribute to the late, great Ayrton Senna.

Bad News: they are only available in Brazil and there will only be 161 of them. 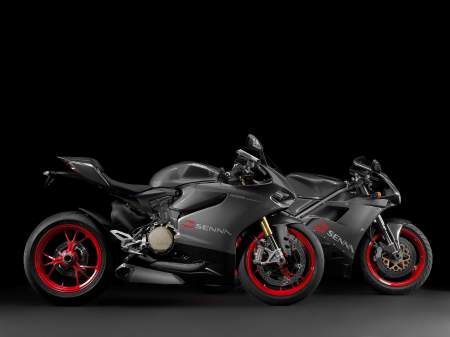 The football World Cup kicks off in Brazil in June next year but more importantly Ducati’s latest tribute to Formula One legend Aryton Senna will become available, in close agreement with the Senna Foundation.

Marking 20 years since the passing of the three-time World Champion, the special edition 195bhp 1199 Panigale S “Senna” will be presented at the Two Wheels Motorcycle Show in Sao Paulo alongside on of the original three tribute 916 Ducati’s from ’95, ’97 and ’98 respectively. 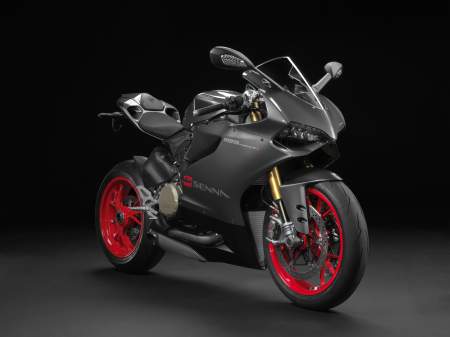 The grey and red livery was chosen by Mr Senna himself on a visit to Ducati’s Bologna HQ in 1994 and the 161 significance relates to the number of races in which the motor racing hero and avid Ducati fan participated. 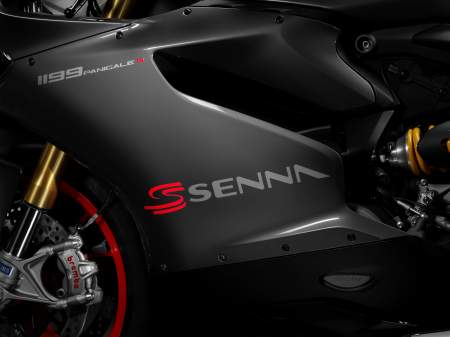 Other than the special Senna colour scheme, each bike will feature a racing exhaust system and an individual production number inscribed on the top fork clamp.