Did you know Dracula rides a coffin-shaped Ural sidecar?  Well, as far as Biking Dreams winner, Nick Cunningham, is concerned he does. 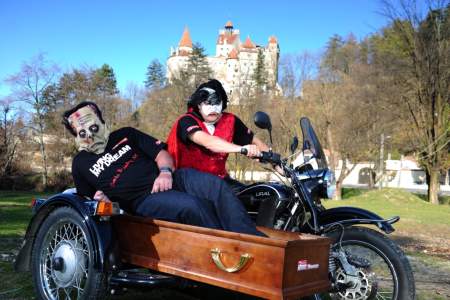 The 47-year old spent 3 days last week riding around the famous landmarks of Transylvania dressed up as the Prince of Darkness alongside his friend Nick Jackson dressed as Frankenstein’s monster, especially in time for Halloween.  Nick is a motorcycle and Christopher Lee film fan and fulfilled his Biking Dream by riding through the central Romanian district of Transylvania taking in landmarks made famous by Bram Stoker’s classic novel, including Dracula’s legendary Bran Castle in Brasov and perhaps more importantly, the Transfagarasan Highway - described by Top Gear as the best road in the world. 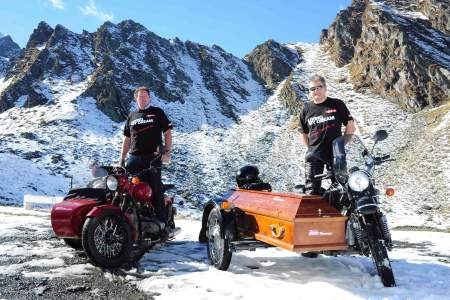 The marketing agency owner from London, said: “My life had become a routine of childcare, work and more childcare. I hit the crisis moment where I just needed to break out of a routine and do something completely off the wall!

“It has been brilliant to escape the humdrum of London and to motorcycle into the mystical world of Transylvania. My wife thinks I’m nuts but was only too happy to let me go and live out my dream.

“Learning how to ride with a coffin-shaped sidecar which has been a little bit challenging and it’s no surprise that we have received some pretty odd looks from the locals. For a memorable experience it doesn’t get much better than this.” 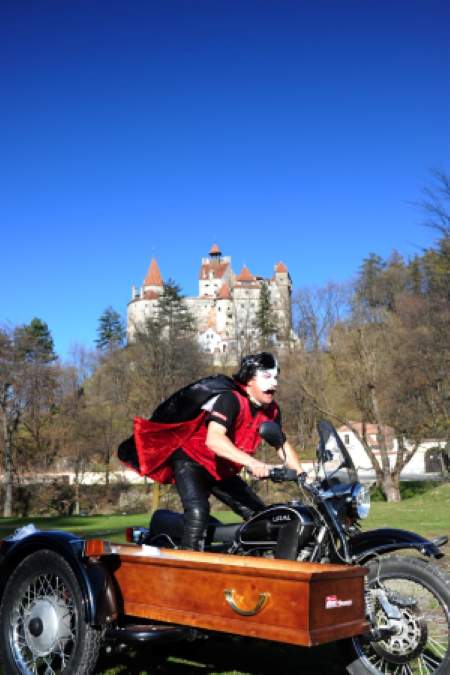 Biking Dreams is a campaign that has been run by Bike Insurance Specialists Bennetts since 2010 and invites anyone to submit a biking related dream online. One dream is picked to be fulfilled by Bennetts each month.