The four-part series is accompanied by the similarly titled book 'Speed: How to Make Things Go Really Fast', due on shelves or via your favourite on-line outlets surprisingly post-Christmas on 16th January. 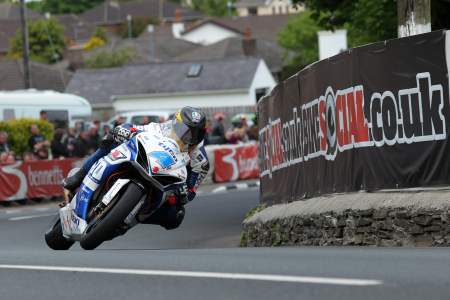 Famed primarily for his two-wheeled riding talent as well as his tea-drinking ability and top quality sideburns, North Lincolnshire’s lorry mechanic turned TT race turned TV presenter enters into his third series on the small screen following his BBC series ‘The Boat That Guy Built’ in 2011 and ‘How Britain Worked’ for Channel  4 last year.

Having also stared in the big screen hit ‘TT3D: Closer to the Edge’, the 32 year old has become a recognisable character to non-racing fans and throughout the series he employs some of the finest engineers, designers and even athletes Britain has to offer as he searches for four highly ambitious and slightly crazy records!

In the first part of his new series he attempts to break the British record for outright speed on a bicycle – at 110mph with the aid of slip-streaming.  Part two sees Guy attempting to fly using only muscle power by the world's fastest human powered aircraft.  He then attempts to set the world record for riding a motorcycle on water and in his final quest he aims to break the record for the world's fastest gravity powered sled.

Sounds like some top-quality winter watching, so get your recording devices at the ready!