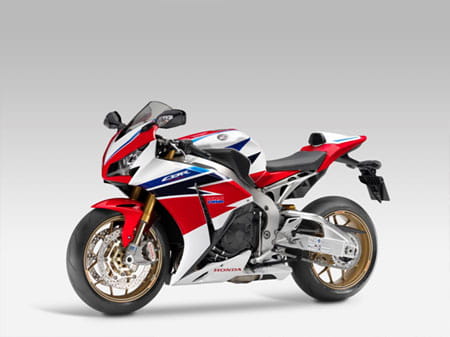 Honda has unveiled their full 2014 range this evening in Milan ahead of the EICMA show which kicks off tomorrow. The Japanese manufacturer is introducing four brand new models to the European market for 2014 plus upgrades to seven existing models.

For the first time ever, Honda will release two versions of its iconic Super Sport machine, the Fireblade CBR1000RR. In addition to upgrades to the standard model, a brand new, track-focused SP edition will also be released with factory-matched engine components, Brembo brakes, Ohlins suspension and special paint scheme.

Also revealed at this afternoon’s press conference was the CB650F. This new naked middleweight turns the page on the CB600F Hornet range and is brand new from the wheels up. The 649cc engine is completely new and engineered to deliver high torque and response through the low-to-mid rpm range, especially below 4,000rpm. The development focus for this machine, to be aimed at the younger customer was strong acceleration from a standing start, low/mid-range torque and mid-gear roll-on throttle response. 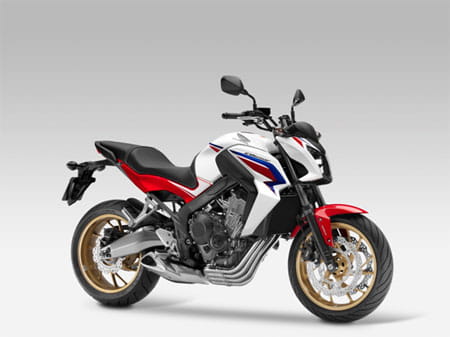 Based on the same platform as the CB650F is the new CBR650F, adding a sporty touch to the middleweight machine with full faring. Unlike the CB650F, the CBR comes with 2-channel ABS as standard. Both 650 middleweights are available in the HRC-inspired racing white, red and blue tricolour paint scheme. 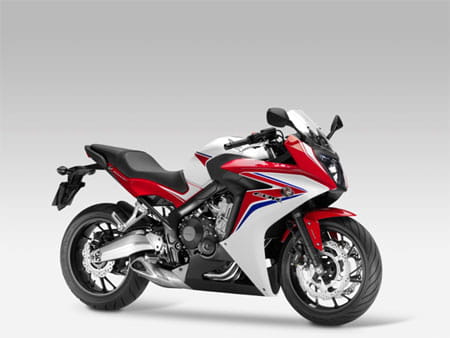 The Japanese manufacturer is to replace their CBR250R with a more powerful sporting lightweight for 2014, the CBR300R. The introductory CBR has been completely revised to bring its aesthetics more in-line with the larger capacity CBR machines, with the design focused largely around the CBR1000RR Fireblade. The liquid-cooled engine is now 286cc, achieved through a longer stroke. Work has centred on the engine’s throttle response and power delivery, meaning the CBR600R is a manageable, affordable package for both new and experienced riders. 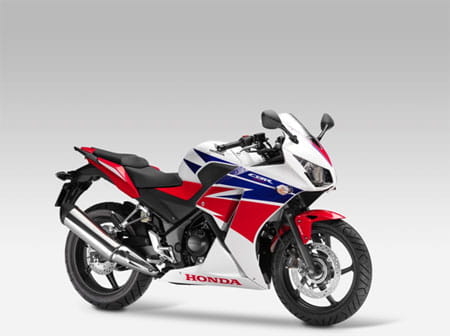 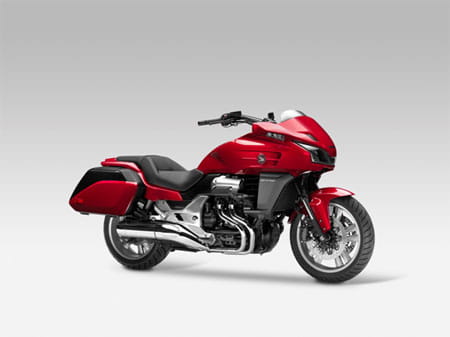