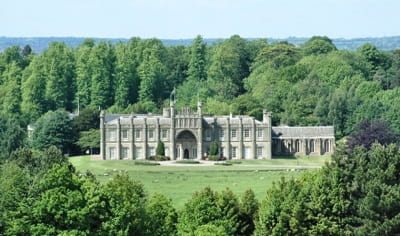 Norton Motorcycles has outgrown its current base at Donington Park and bought an office to match the grandeur and history of its name – Donington Hall!

Norton boss Stuart Garner told Bike Social that the hall would be a real showcase for foreign dealers and the real work will be done in the 45,000 square foot Hastings House facility round the back of the 25 acres estate situated on the edge of the Donington Park racetrack.

Norton Motorcycles has purchased the Donington Hall estate from British Airways including the Hall and its surrounding 25 acre grounds and the modern 45,000 sq ft Hastings House facility.

British Airways acquired Donington Hall and its’ surrounding 25 acre grounds as part of its deal to takeover BMI in April 2012, but following a quick deal, Stuart Garner will base himself out of the hall in April, and the manufacturing plant will follow in June. 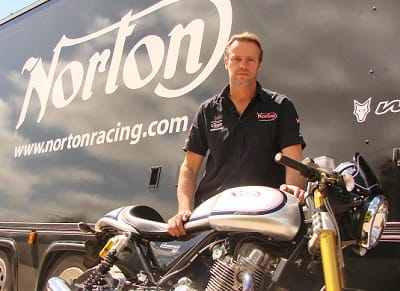 He said: “Donington Hall conjures up a uniquely British way to show style, strength and quality which are all great attributes of the Norton brand.  However, beyond the drama and romance of Donington Hall is a thoroughly modern 45,000 sq ft building (Hastings House) which will become the new Norton Motorcycles production facility and design offices. It became clear some time ago that we had outgrown our current location, to be able to move less than a mile down the road to an outstanding facility like Donington Hall is ideal. It will allow Norton to grow our manufacturing business with focus on ‘built in Britain by British hands’, export growth and job creation”.

Garner also hopes that the extra capacity of the new Norton headquarters will mean 40 more jobs in the short term and 100 to 150 more jobs over the next few years as the historic British firm expands further.